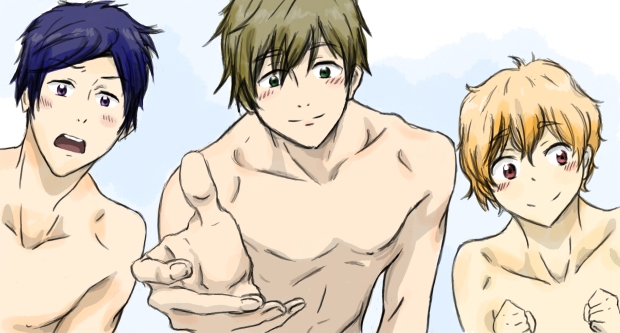 The relay is an odd, but important event. It is highly competitive, with various people on a team jostling for four spots, but also forces the individuals on the relay team to work together towards a common goal. Relays differ from solo events where, even if you are technically on a team, the onus is on you as, more often than not, the person who you are battling against is yourself, not the opposing athletes in the same event.

I was never a competitive swimmer, but I did run track and was part of a few relays. I felt an immense amount of pressure in my relay events as opposed to my solitary events, as a relay lives and dies by its worst leg and no one wants to be the worst leg. Additionally, we had to work together to practice handing off the baton to the next leg, which meant we had to work quickly as a team, in spite of being a thrown-together group of the supposed best runners available. There’s a romanticized aspect of it in four solitary athletes competing as one, that is hard to find in team sports, which are more of a mechanic assembly of moving pieces. When each person does their job on the team, they become a well-oiled machine, greater than their parts. A relay, however, is vastly different from this. The focus is far narrower, and if you make a mistake, your mistakes are all the more obvious to everyone. That being said, our relay teams became very emotionally close, primarily because we had to practice so intensely together.

For Free!, the relay encapsulates many of the series’ messages – which differ somewhat from other sports narratives – in a single event. Simply put, it had to be the relay for Haruka Nanase.

As early as the first episode, it was obvious that the emotional focus of Free! differed a bit from many other sports narratives. This series was to be about Haruka rediscovering his love for swimming, and additionally, rekindling ties with his elementary school friends. The opening lines of the series introduce him as someone who is distant, preoccupied with his supposed failure to live up to the expectations that others had of him, and isolated, as many who are deemed prodigious often are. It takes a bit of time (two episodes) for Haruka to sort out exactly why he wanted to do the relay and how it made him feel, which becomes his answer to the question that the series asks in its first episode: how does one deal with their supposed descent from prodigious to ordinary?

Free! chooses to focus not on the rivalry of Haruka Nanase and Rin Matsuoka but rather what it means for Haruka and his love of swimming. The spark that inspired him to swim again was the chance to swim with Rin, not best him, and what makes Haruka depressed is not the idea that he was bested by Rin, but that Rin tells him that he has no reason to swim with him anymore. Instead of placing the emphasis on the one-on-one race, Free! takes the solitary sport of swimming and uses it as the backdrop for a story about friends reuniting. The way that Haruka can move on from being seen as ordinary is to find solace and passion in swimming with his friends. Where other sports narratives often focus on a team sport inspiring a single person, or few people, with their own separate emotional arcs, Free! shows a team coming together in what can be a very isolating sport, driven by individual personal bests.

This is why, instead of a head-to-head matchup with Rin swimming against Haruka, Free!‘s emotional climax will come when the two teams face off against each other, with Rin selfishly shoving aside some poor teammate just to meet Haruka again in a race. The comparison between Rin and Haruka is striking: both were deemed top in their sport, and both are seeking out ways to live up to these expectations or compensate for failing to meet them. However, where Rin refuses to accept that he may have enjoyed swimming far more when he wasn’t so inwardly focused, Haruka is warming up to the fact that it’s his friends who make swimming the sport that he loves. In this particular relay, Rei may not be able to make up for Rin in terms of talent or ability, but he more than makes up for it in his emotional support of Haruka and the team as a whole. Free!‘s relay isn’t simply an assembly of the best available, but a vehicle for four specific individuals to rediscover their passion.