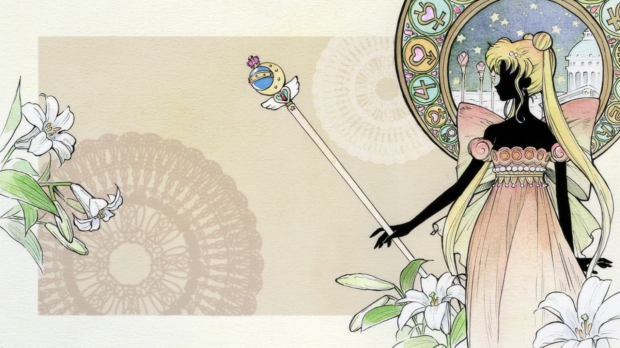 In junior high school, I fell seriously ill. Confined to the house, with occasional field trips to the doctor’s office or hospital, I developed an odd schedule due to fevers and medication. I missed approximately two months of school – spread out over the course of three months – and managed to keep up with my work at home. Piles of books grew beside my bed and underneath my pillow, accompanied by watercolors, crayons, and pencils that gradually scattered themselves on the carpet.

When I wasn’t bound to my bed, I wandered the house like a ghost. Sleep was fitful, and one morning I found myself watching television around 4 a.m. when I stumbled upon the English dub of Sailor Moon.

Sailor Moon time quickly became my favorite time of the day. I began setting my alarm early and taping each episode onto blank VHS tapes, only to rewatch them later. I painted countless watercolors of all of the sailor scouts. I ventured online and found fansites. I bought every volume of manga – which began under the name Mixx and ended under Tokyopop – as it was released. My first anime media purchase was the Sailor Moon S Movie on VHS.

The series resonated strongly with me, leading to daydreams of turning into a sailor-suited heroine to save my friends. I couldn’t see myself in Usagi/Serena Tsukino; however, Sailor Moon provided the exact escapist fantasy that I craved at that time. This may have been a shallow reason, but Sailor Moon gave me something to look forward to regularly in a routine that was dull, confined, and isolated. 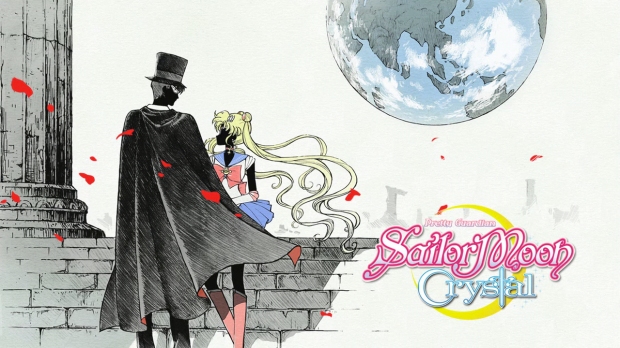 Sailor Moon Crystal opens like a movie. It slowly pans over a starry sky, meandering into Usagi’s dreams of a princess and a prince. There’s no doubt that this series is playing to a preexisting audience of rabid fans, myself included. I wonder how many of them chuckled when Umino appeared, laughed as Usagi’s cries took out a horde of possessed shoppers, or grinned stupidly when they heard Kotono Mitsuishi yell, “Moon Prism Power, MAKE UP!”

Those dreams of donning high-heeled boots and a miniskirt are over. I’m far more of a Miss Haruna at this point in my life than an Usagi Tsukino. Instead of drifting off while doing homework, my life is filled with things like work, writing freelance articles. Although I’m busy, I often feel just as isolated from people I care about as that seventh-grade girl with pneumonia who couldn’t attend school for two months. Sailor Moon Crystal has arrived at a perfect time in my life, similar to my fortunate discovery of its predecessor. Watching it felt like reuniting with a familiar friend.