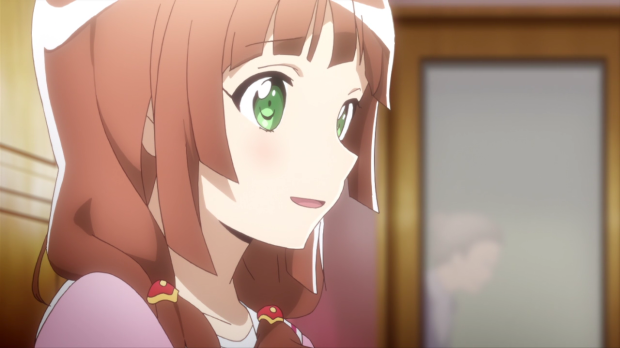 “Sometimes, I think my students believe that I eat and sleep in the school, never leaving.”

-my mother, on being a teacher

There is likely no other profession that exemplifies the difficulty of seeing another person beyond their career, or role in society, than teaching. My mother often jokes about this, well aware that her students don’t see her as a person, with a life outside of the classroom’s four walls. The one time I visited her, she said, was the first time that any of her students began to see her as a person who teaches, rather than simply their teacher.

We all do this, even with our own family members.

I remember exactly when I recognized my father’s mother as someone other than my grandmother. She was clearing out her attic, and left out her high school yearbook for my brother and I to peruse. Flipping to her senior portrait, I saw that she had been the president or some sort of officer in at least six different clubs. She graduated at the top of her class. The page with her picture was littered with so many autographs that I could barely make out the photographs of her classmates on the same page. And in her picture, she was so pretty.

In that moment, I realized that this woman was the popular high school socialite, the single mother who raised both my father and aunt following her husband’s death, and the proud grandmother to my brother and me.

“If it has to be like that, then I wish I never had any memories.”

-Isla to Nina on losing her memories, Plastic Memories, episode 1

The first episode of Plastic Memories delves into this idea of one’s role in another’s life, and how varying others recognize that same person, through the Giftia androids that are seemingly ubiquitous in its science fiction setting. Tsukasa Mizugaki is a wet-behind-the-ears newbie, tasked with the ghoulish job of retrieving memories of Giftia models nearing their nine year lifespan. It’s a setup ripe for emotional drama and social commentary – especially with how corporate everything is – and while parts felt forced, Plastic Memories succeeded in navigating the tricky space between memory and perception.

Tsukasa and his Giftia partner Isla’s first order of business is to retrieve Nina, a model who is about to expire, from a woman named Chizu Shirohana. It is abundantly clear to both us viewers and Tsukasa just how close Nina and her surrogate grandmother have become, in spite of Nina not only lacking relation by blood, but also being an android. What matters is not only the role that Nina plays in Chizu’s life as her granddaughter, but the genuine relationship that the two have developed.

“The truth is, I wish I could say goodbye to her with a smile.”

When speaking of her grandmother, Nina tells Isla that she is unsure whether she is afraid to lose her memories or not. However the fact that she would lose them, and her personality, would surely affect Chizu, and Nina doesn’t want that. This is why she is so willing to be taken by Isla and Tsukasa, and in hearing these words, why Chizu eventually acquiesces to letting go.

In a few weeks, I’ll be moving back to Boston to be closer to my family. One of the reasons is that my grandmother, who has Alzheimer’s disease, has rapidly deteriorated in the past few months. First, she simply forgot small memories in the distant past. Then she started to forget more recent memories, and simple things around the house. We used to play board games, card games, and word games with her all the time until she began to forget the rules.

Like Nina, the saddest part is not in the fact that she forgets, but the obvious frustration that flickers over her face when she does. She knows that there is something missing, and feels badly for not remembering it. When talking to my mom about this, she reiterated that my grandmother is still always happiest when we do visit, regardless of her frustration. Sometimes, in spite of the fact that it would be harder on me personally, I wonder if it would be better for her to forget all of us, so she wouldn’t have to be so sad when she can’t remember. I don’t know the answer. If you asked my grandmother, I think she would still cherish any time spent with us regardless, but I can only speculate. It becomes increasingly difficult to reconcile the person she is now with my grandmother, never mind the determined single mother or the high school queen. Letting go won’t be easy, but I’ll do whatever I can to make her happy in the time we have left.

The tea party before Nina’s departure is where, in spite of a few overly dramatic missteps, Plastic Memories gets it right. Simply spending time with one another can be heartbreaking, but so important.