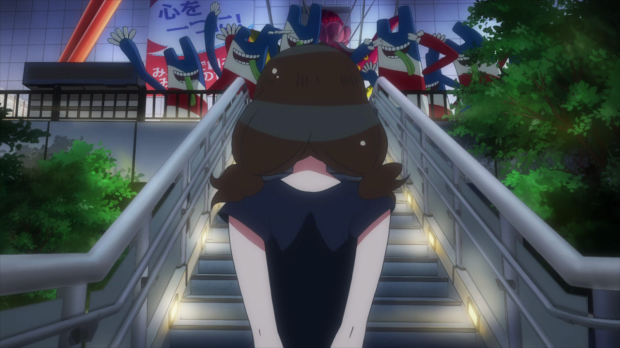 At first clustering, or cluster analysis, may seem like sorting or separation. In reality, identifying clusters is more about pattern recognition and observing the association between similar groups of industry or potential customers. Seeing where they overlap, and where they don’t, paints a more nuanced picture of complex relationships between people or businesses that, at first, appear identical.

The world that Tsubasa Misudachi and Gel Sadra have created is a false utopia. Prior to the arrival of the Kuu, the atmosphere was primed with Gel Sadra’s promise to make the world one. Spurred on by Tsubasa, the two went about using his innate ability to mine thoughts and emotions in order to decide Japan’s future.

Unfortunately, Gel Sadra’s insight is faulty due to his lack of understanding. He has no context for humanity, and therefore can only follow the vague direction of the thoughts he collects. When looking at the cluster of human thoughts, he sees only the similarities and none of the independent characteristics or complex relationships. At his side is Tsubasa, who is incredibly naive and easily influenced by her own emotions as well as the actions of others. Her intentions are well-meaning, but she refuses to truly learn about others or herself, rarely formulating an opinion beyond blanket statements of the greater good.

Their leadership fabricates a world that, at first, votes on what do do immediately, going with the flow and giving little thought to the results. When that isn’t enough – and Gel becomes frustrated that the world hasn’t become one – the “Let Sadra decide” button is introduced, and citizens of Japan leave their critical thinking by the wayside, forcing Gel to make decisions for them.

“Well, yeah, because we can’t become one. But there will be a time where we’ll become one. Now’s not the time though.”

This places noticeable stress and strain on Gel, both physically and emotionally. When Hajime questions Tsubasa about Gel’s current state – as well as the state of the world – Tsubasa bristles with her usual overly-defensive demeanor. Hajime is all about people coming together for the sake of the common good, but not without still recognizing individuals’ talents and personalities. She sees beyond the similar nature of bodies in the cluster and into the detailed specifics that lie underneath, including Gel’s individual well-being and behavior.

Ultimately, Japan was prepped for the Kuu by Tsubasa and Gel, which makes their arrival all the more terrifying – even before Jou watched as his friend was swallowed by one in the episode’s waning moments. In a world where people no longer think for themselves, even when important questions are posed, people default to turning their responsibilities over to Gel and living blissfully unaware. The Kuu’s ability to create false feelings of general euphoria – reminiscent of the soma drug in Aldous Huxley’s “Brave New World” – amplifies Gatchaman Crowds insight‘s Japan as one of growing obliviousness and lack of thought.

No sooner are the Kuu introduced than they are welcomed with open arms because they seem nice, just as most seem happy in Gel Sadra’s paradise. Gel Sadra is supposedly good, therefore these creatures born of his insight ability must be good as well. Everything moves at a rapid pace, driven by instant gratification with neither thought nor criticism. The Kuu brush aside Hajime’s questions in a similar manner to Tsubasa, by saying that she’s too complex, too serious, or incomprehensible. Thinking is bad, feeling happy is good.

One only has to look at Gel, and his current physical state, to see how destructive this type of society is. First it was the G-Crew who became obsolete thanks to Gel Sadra. Now it’s Gel, who is also in obvious pain, falling out of favor as these new doughy aliens that induce happy feelings take his place. While Gel continues to grapple with why the world isn’t becoming one, humanity slowly separates itself again into an “us” and “them,” between those who love the Kuu and those who don’t. Gel can’t understand the Kuu either, because he was never able to understand human feelings on anything but the most superficial level. The creepiest part in all of this is that the Kuu are born of a nebulous emotional stew – which at some level is incredibly human and also specific to the individuals that Gel collected insight from – that always lacked critical analysis from those closest to it: Gel Sadra and Tsubasa Misudachi.