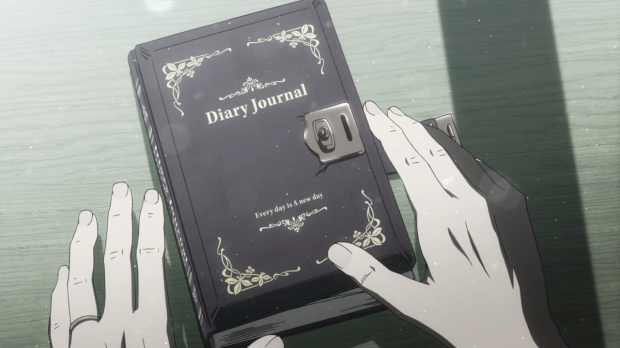 As the recognizable arpeggiated chords of Bach’s Prelude from Suite No. 1 for the cello deliberately and slowly play, the premiere episode of The Perfect Insider introduces us to two women. The first, Shiki Magata, is introduced through one scene and a monologue. The second, Moe Nishinosono, through specific framing of in-between spaces. 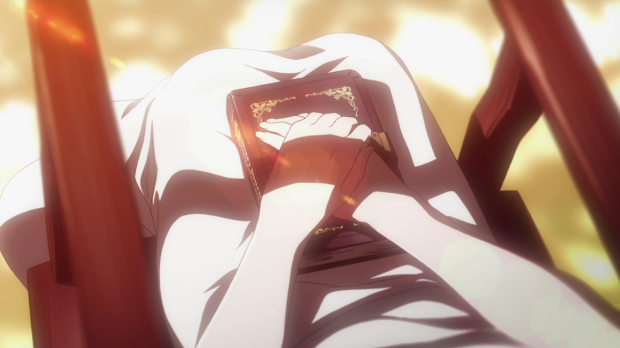 “Everyone convinces themselves that life is an enjoyable thing. She, however, was always thinking about how much of a burden it was.”

-from the opening monologue, The Perfect Insider, Episode 1

Dr. Shiki Magata’s introduction is visually heavy-handed. Accompanied by the monologue’s words of ennui, what’s important is not whether we, as viewers, agree with this particular outlook on life, but that Dr. Magata absolutely believes these words herself. Following shots of the diary writer, along with an empty chair, we next see that chair filled, presumably by Dr. Magata herself. Her hands are placed neatly over a diary with the same pattern as the shadows from the chair form visible handcuffs or shackles, chaining her to the ordinary – in this case, represented by the diary which we know from the first scene says “Every day is a new day.”

Interestingly enough, this is one of the few scenes dominated by warm reds rather than the greys, blues, and greens of the rest of this episode. 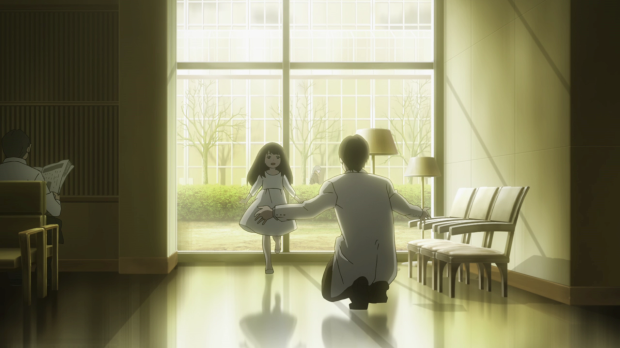 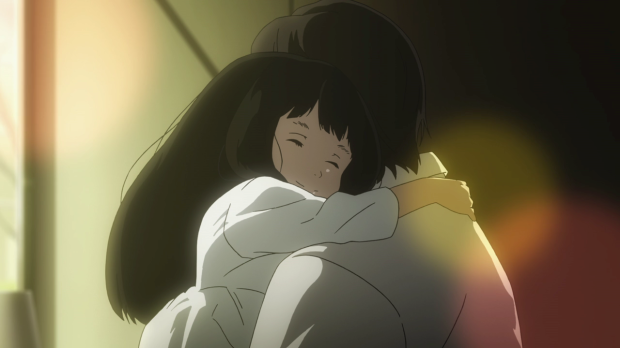 The only other scene to take on these tones is in another flashback, this time presumably to Shiki Magata’s childhood. Even in this scene, the future Dr. Magata quickly becomes pensive, adopting a bored stare that later encapsulates her entire presence as an adult. 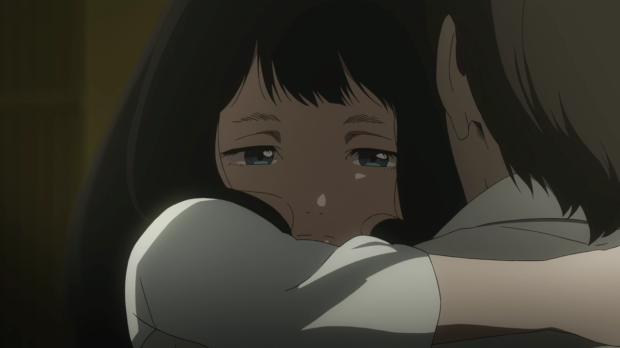 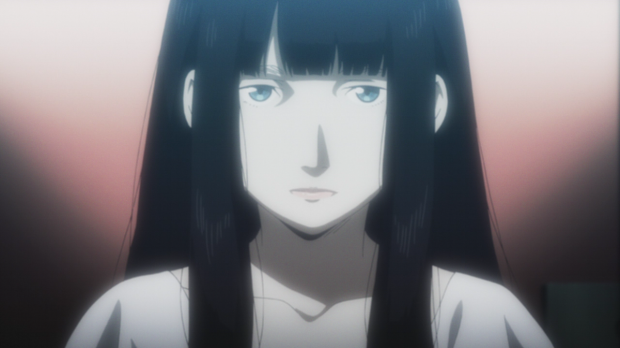 Presented as a secluded bored genius who was rumored to have murdered her parents, Dr. Shiki Magata is nonetheless present when the scenery itself reflects a human emotion other than ennui – the aforementioned warm colors – even when visibly chained to a human existence, the diary. This is coupled with Professor Souhei Saikawa’s words that Dr. Magata had grown a bit stupid, stupid enough to take an interest in other people. 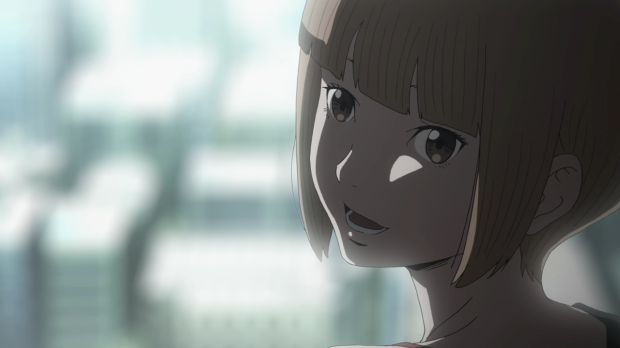 Where Dr. Magata, even as a child, is presented quietly and stoically, Moe Nishinosono is incredibly scattered. Making the assumption that warm colors are a code for more human emotions and cold colors, which dominate the episode, are coded for more muted expressions or a complete lack of emotional involvement, Moe’s outfit with one red legging and one blue is incredibly confused. 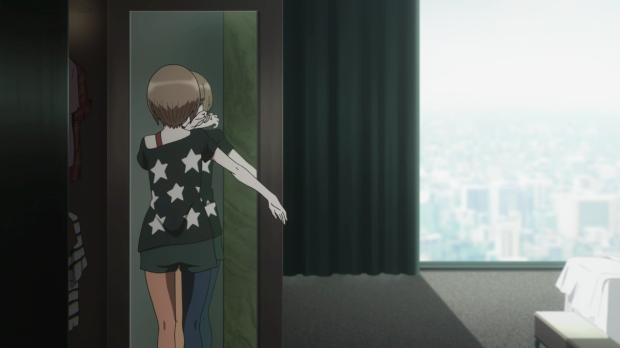 Stuck between going along with her baser desires – her attraction to Professor Saikawa and her coquettish emotional manipulation – and diving full into the emotionally-detached philosophy that is presented in dialogue throughout. Moe is unable to chose between the two. Splitting the difference doesn’t work either. Her attempts to manipulate Professor Saikawa fail, and she’s not disconnected from her own emotions enough to hide her jealousy. 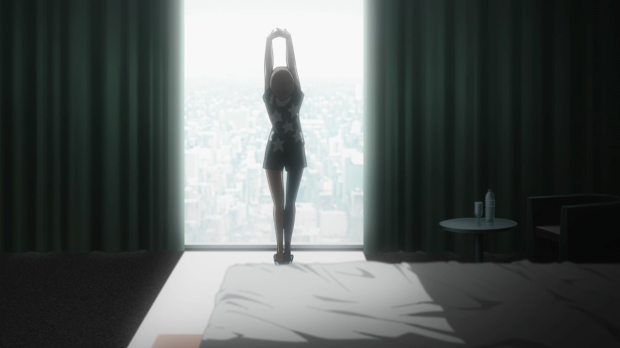 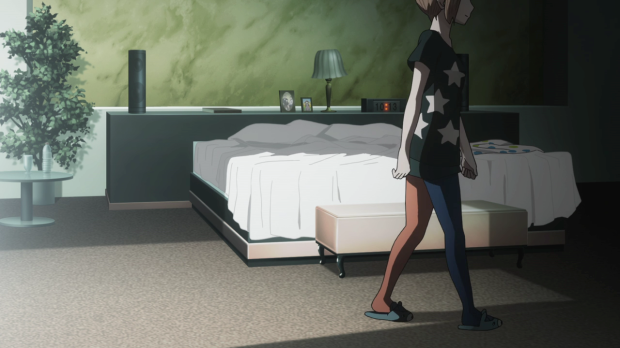 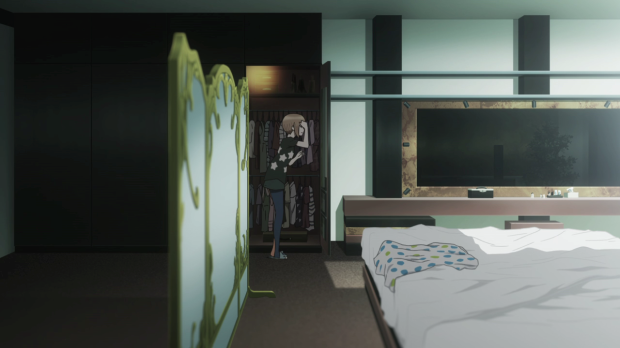 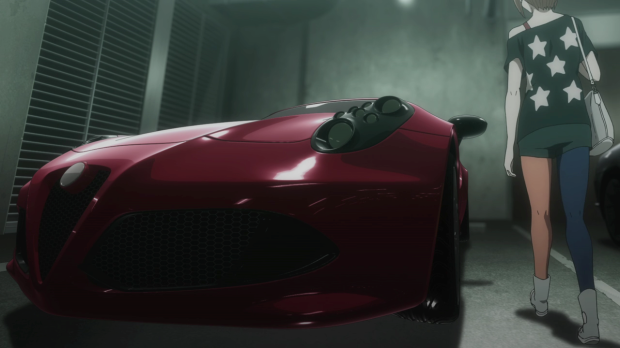 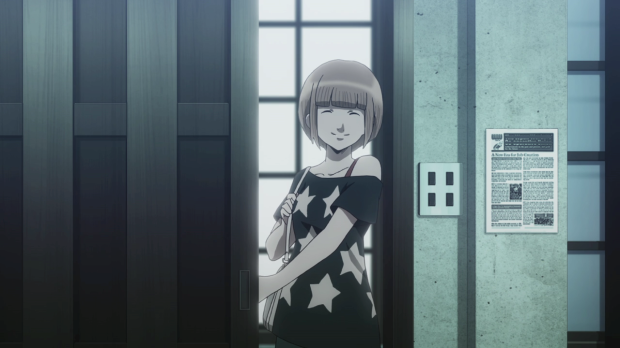 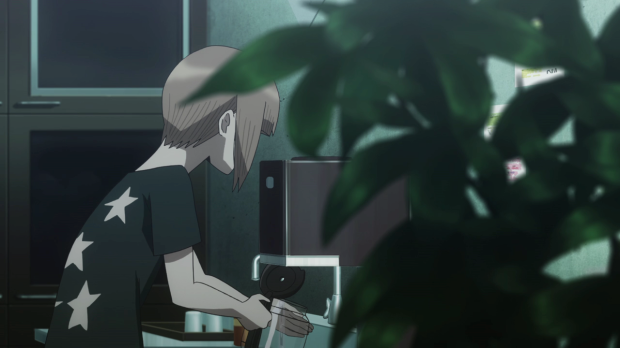 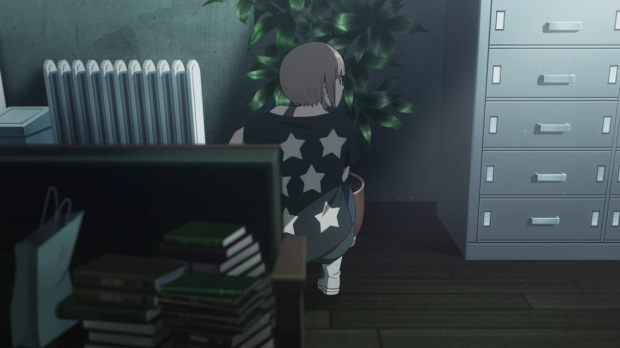 Adding to the discord of her outfit is the fact that Moe is not initially seen from a front-facing position. Her presentation in The Perfect Insider‘s first episode is one of obstructed views – where her head or another body part is cut off – narrow in-between spaces, and indirect angles of her face. The first clear, forward-facing close-up of her face is shown in a mirror, not from the series’ camera. 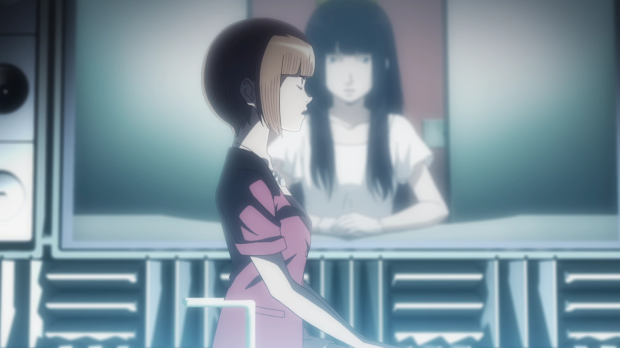 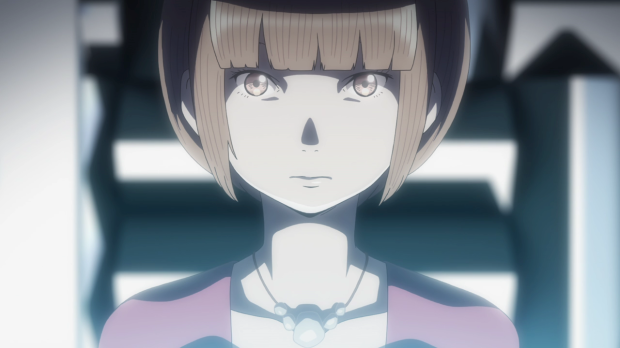 When placed side-by-side, Dr. Magata has the upper hand. She’s shown in the front-facing position for the entire conversation and makes Moe respond rather than lead. Most interestingly, when these two meet – albeit over a video call – Dr. Magata is framed in red where Moe is framed in blue. This could hint towards what Professor Saikawa had said, that Dr. Magata is taking a newfound interest in people or her own emotions while Moe is trying to hide hers or throw hers away. Lastly, the largest amount of emotion that Dr. Magata shows is when Moe asks her who she is.

The promised mystery of The Perfect Insider has yet to take over the narrative, but the first episode’s visuals did a fantastic job of introducing and framing these two women.