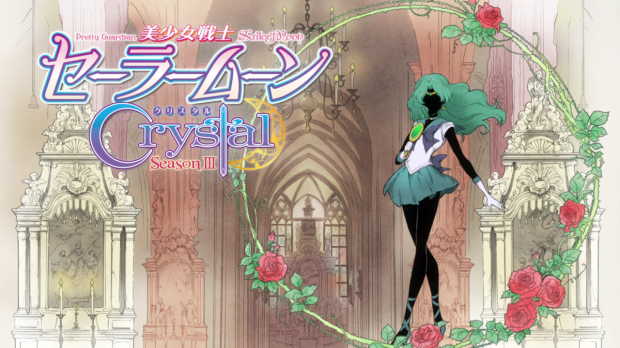 Near and dear to my heart, the Sailor Moon franchise is something that means a lot to me personally. I know I’m not alone in this, and my story isn’t particularly special. Sailor Moon resonates with an enormous amount of people, making it one of the most well-known anime franchises both in Japan and the west.

Upon watching the first episode of Sailor Moon Crystal back in July 2014, I was ecstatic. While there were recognizable problems — primarily with the translation of Naoko Takeuchi’s character designs from the manga into animation — I overlooked them. Sailor Moon was back, with a promise to follow the manga more closely than its first anime iteration. My initial reaction was one fueled by nostalgia and emotional resonance.

As the weeks passed, poorly animated scenes, weak cinematography, and a general sense of laziness permeated Sailor Moon Crystal‘s presentation. Their schedule of one episode every two weeks made such glaring visual mistakes unforgivable in the eyes of the community. For me personally, Sailor Moon Crystal just made me sad to see a property that I cared about so much fail so miserably in creating any sort of resonance with me beyond my initial, rose-colored nostalgia glasses. After sticking with the first season for longer than I probably should have, I dropped the series.

There was no “ruining my childhood” sentiment, as many love to say when a beloved piece of media is dredged up for another reboot. There was no anger, certainly nothing like the fury I saw on my twitter timeline every week.

I simply dropped it. 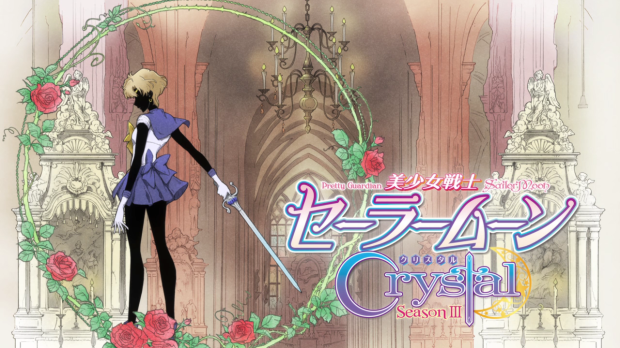 When Sailor Moon Crystal‘s third season was announced, I didn’t pay much attention. I hadn’t even made it through the first season and, by most accounts, the second season was also poorly executed. Making peace with the fact that the Sailor Moon that I loved was nothing like Crystal, I noticed the announcement but thought little of it. What brought me back to the franchise, and Crystal specifically, was promotional material featuring Haruka Tenoh (Sailor Uranus) and Michiru Kaioh (Sailor Neptune).

Sailor Moon S was my second-favorite season of the series growing up. Haruka and Michiru, along with Hotaru Tomoe (Sailor Saturn) are some of my most beloved characters. The relationship between Haruka and Michiru is particularly affecting if told well. The S season is also where Kunihiko Ikuhara — who went on to Revolutionary Girl Utena, Mawaru Penguindrum, and Yuri Kuma Arashi — starts to identify himself as a director. Sailor Moon S is known for its dark and serious tone, which is something that Sailor Moon Crystal: Season III tries to replicate. There was a notable shift in tone from what I remembered of Crystal, which was far more carefree and straightforward.

The third series of Crystal begins ominously with a monologue from the series’ new big bad before launching into a more melancholy opening from Etsuko Yakushimaru — her voice always reminds me of Mawaru Penguindrum, since she did both openings for that series — than Momoiro Clover Z’s “Moon Pride.”

Crystal Season III uses copious amounts of dutch angles to convey a feeling of uneasiness and frames both Haruka and Michiru interestingly in relation to Usagi and company. While the dutch angles are used a bit too frequently in this first episode, the entire presentation is significantly better and more thoughtful than any Crystal episode I can remember — which might not be saying much since I didn’t recall watching up until Episode 9. Gone are the stiff, manga silhouettes for character designs, with Season III opting for more filled-out look that works infinitely better in motion.

For lack of a better way to put it, Crystal Season III appears to have life, which the first season did not — each passing episode felt more and more like a soulless cash grab. The characters breathe, they move, and they feel things, something that seems like a simple concept until you watch the first season of Sailor Moon Crystal and wonder where the cardboard cut-outs came from.