“My grandfather was an Earthling, and my grandmother a Zentradi. They were the first such interspecies couple in history. Even worse, their species were at war with each other at the time. Nonetheless, they married each other, and showed everyone how Earthlings and Zentradi can live together in peace.”

It’s not an unspoken requirement to have seen another Macross series prior to Macross Delta, but Delta does have inescapable parallels and references to previous iterations of Macross. Macross is a franchise that constantly builds upon itself, both directly and indirectly.

For example, in Delta‘s tenth episode, Freyja Wion — along with fellow Walkure members Makina Nakajima and Reina Prowler —  fulfills her required Macross idol duty of advertising a food product in a silly way. Macross Frontier‘s Ranka Lee had carrots, and a Chinese restaurant — which was a callback to Super Dimension Fortress Macross‘ Lynn Minmay. Macross Delta‘s Freyja has jellyfish buns. These types of references are winks to the pre-existing audience that differ from directly referencing the Macross oeuvre. A sage audience can draw parallels between Messer Ihlfeld and Guld Goa Bowman but there is no canonical reference between the two characters.

By contrast, Delta‘s Mirage Farina Jenius isn’t given this luxury. In case you were unclear about her heritage — hinted at by her last name “Jenius” — the series’ fifth episode concretely states that she is a descendent of SDF Macross‘ Maximilian Jenius and Milia Fallyna Jenius by way of their daughter Miranda. 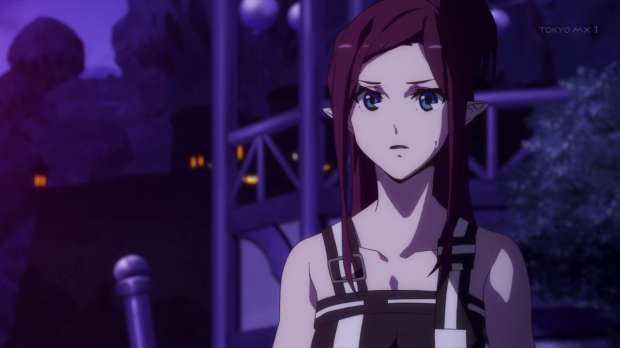 The moment she reveals this to Hayate Immelman and Freyja is telling. Windemerean by birth, Freyja struggles with how to reconcile her own heritage with her place in Walkure — the tactical military unit that directly opposes Freyja’s home world following Windemere’s declaration of war on the New United Government. After Freyja expresses frustration as to why everyone just can’t get along, Mirage offers the story of Max and Milia as a platitude. Hayate quickly calls her out on it, spurring yet another argument between the two which unfortunately derails the conversation.

She isn’t wrong to tell Freyja this story, but Mirage’s application of Max and Milia’s narrative as a verbal panacea lacks nuance, placing an unfair burden on Freyja. She has no response for Hayate’s prodding because, despite being their granddaughter, she seemingly hasn’t thought of their story beyond the grandeur of what she’s been told. As a pilot, Mirage is fulfilling her duty to her government and her family — she knows nothing else, and is visibly shaken when confronted with others who have passion or emotional attachment. When comparing Mirage’s flying to Hayate’s, her commanding officer Messer commends her for her technical prowess, but warns that she’ll die if she continues to fly like that.

Macross Delta‘s messy conclusion of Messer’s emotional narrative paves the way for Mirage to, for lack of a better phrase, “find herself.” Messer lived to fly. Before he died in combat, he had already figuratively passed away. He died as soon as he was taken off of active duty with the Delta Platoon and relocated as a training officer in the Aramis System. Hayate and Freyja recognize this immediately because they understand Messer’s feelings to some extent. While watching Messer say his goodbyes to Kaname Buccaneer, Hayate muses on what would happen if he was told he couldn’t fly. Freyja thinks the same of her singing. Mirage awkwardly echoes, “To my heart’s . . . ” of Hayate and Freyja’s, “To my heart’s content.” before realizing that she has yet to pour her heart into anything.

Hayate Immelman has flying. Freyja Wion has singing. Mirage Farina Jenius has a heritage. Here’s to hoping that Delta gives her more than that.