I began watching Yuri!!! On Ice in a hotel room in Oakland, California during a month-long business trip covering the 2016 League of Legends World Championship. Perhaps that’s why Viktor Nikiforov’s phone case of his own outfit caught my attention — I had seen a similar occurance in professional LoL. SK Telecom T1 superstar Lee “Faker” Sang-hyeok, the best player to ever have played the game, also owns a phone case of his own likeness*.

Both Viktor and Faker are superstars beyond comparison in their respective fields, despite the former’s existence as a fictional character. Faker is an intelligent, courteous, and confident young man who would never say or do anything that would affect anyone’s perception of the SK Telecom T1 brand. All of his social media is handled by his organization, and he eschews having his own Twitter account — fellow teammates Bae “Bang” Jun-sik and Lee “Wolf” Jae-hwan both partake in Twitter, especially the latter. Faker is still in the prime of his career, on the cusp of winning a third World Championship title. By contrast, Viktor is eccentric, whimsical, and expressive above all else.

We meet Viktor in the prime of his career. As he’s presumably wondering what to do next, he stumbles across a viral video of Yuri Katsuki performing his program. Yuri’s performance inspires him to travel to Japan and become the failed Japanese figure skater’s coach. Viktor’s social media presence is ubiquitious. His SNS (presumably Instagram due to the interface) selfie at Hasetsu Castle tips off up-and-coming Russian prodigy Yuri “Yurio” Plisetsky — and Viktor’s legions of fans — to Viktor’s whereabouts, confirming the rumor that he traveled to Japan.

Viktor seemingly keeps his social feed continously updated with pictures of what he’s doing and where he’s going. In the series’ third episode, he proudly holds out his phone — still decorated with the image of his latest professional outfit — and asks Yurio and Yuri to take a photo of him in the bath so he can upload it onto social media, showing the large role that it plays in his everyday life.

Yuri!!! On Ice also uses social media as the framework for it’s ending animation sequence. Interspersed with poses of Yuri, Yurio, and Viktor playing with sparklers and fireworks are various Instagram updates posted by ancillary characters like Thai figure skater Phichit Chulanont — just introduced in the series’ fourth episode as Yuri’s former rinkmate — in addition to Yurio and Viktor themselves.

These posts take on a bittersweet ephemeral quality, especially against the backdrop of Episode 4, which tells us in no uncertain terms that this may be both Yuri and Yurio’s respective last chances. Yuri is 23 in a profession where the average age of an olympic medalist is between 19 and 20 years-old. Yurio, only 15 years-old, is concerned with imminent puberty and whether it will affect his performances going forward.

Their mentor and idol, Viktor is rapidly approaching retirement age at 27 years-old and is choosing to spend what could possibly be his final year as a professional coaching the hapless Yuri Katsuki. Viktor’s endless stream of social media posts continues to promote his existence and attempts to grasp and acknowledge what fleeting moments he can. 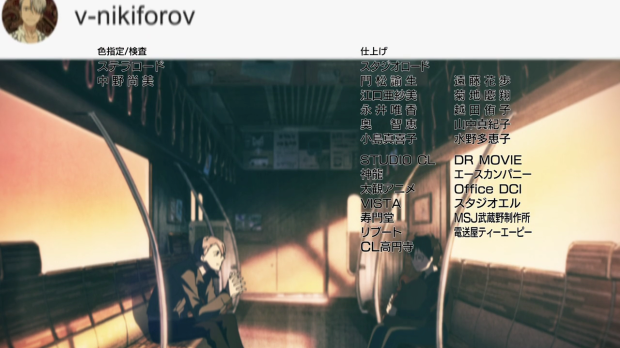 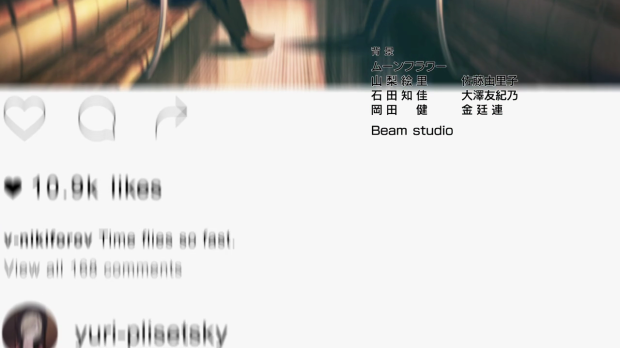 One of the more emotional sequences in the ending is a post from Viktor (v_nikiforov on Instagram). He sits on a train with Yuri and the photo is captioned “time flies so fast.” Two posts following, there’s a wonderful backstage shot of Viktor lovingly brushing Yuri’s hair taken by the Nishigori triplets, who also leaked Yuri’s initial viral video. It’s a private scene where the audience almost feels like they’re intruding, returning to the transcience of the moment. 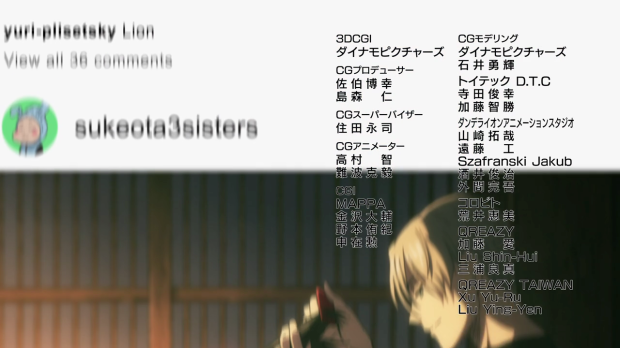 Part of Yuri Katsuki’s journey is that he needs to start making decisions for himself instead of deferring to others because he’s too scared to do things for himself. More than beating out Yurio for the Grand Prix title, this is what Yuri must learn. Until Viktor pushes him, he’s always allowed his coach to pick his program music. He generally goes along with what others do if it means that it won’t cause a fuss.

Yuri’s self-effacing and generally shy personality is also reflected in his complete lack of social media presence. Unlike his rival Yurio — who posts updates of himself in various animal attire — Yuri has no SNS brand outside of what the Nishigori sisters have constructed for him, a seemingly conscious choice by the series that furthers our grasp on his character.