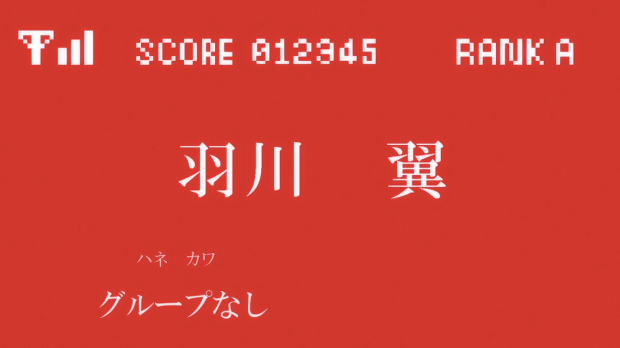 One of the Monogatari series’ greatest strengths is its inadherence to chronology. It often eschews placing events in chronological order to focus on a particular emotional narrative or relationship. The anime adaptation plays with this visually, revealing tidbits in background details that further inform viewers upon rewatching the series as a whole.

Koyomimonogatari is a series of short, seemingly frivolous episodes tertiary to the main storyline. They’re short diversions that span the length of what Monogatari arcs have aired, plopping the viewer into the center of that specific timeframe before jumping ahead to the middle of the next narrative arc. Chronology is usually discarded by the Monogatari series, but it has a deliberate role in Koyomimonogatari. 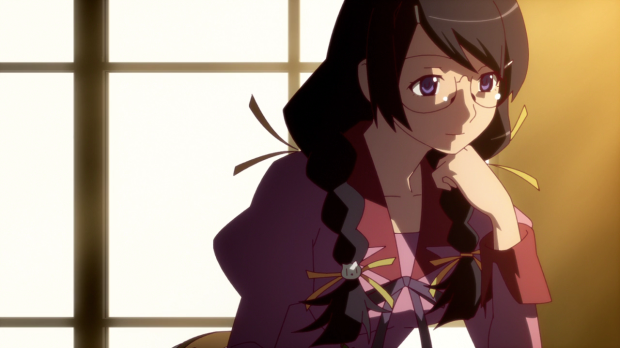 When it comes to favoring emotional impact over the order of events as they happen, no other Monogatari narrative arc is a triumph quite like that of Tsubasa Hanekawa. The true depth of her distress is revealed slowly and deliberately until it comes to a breaking point in the Tsubasa Tiger arc of Monogatari Second Season. Further backstory and her true starting point — as Koyomi Araragi comes to know her — comes in the film Kizumonogatari, shown two and a half years later than the final episode of Tsubasa Tiger.

Koyomimonogatari offers yet another look at Tsubasa’s transformation, this time in chronological order.

In Koyomi Stone, the first of the Koyomimonotari shorts, Tsubasa appears as she does in Nekomonogatari: Kuro and Bakemonogatari — long hair braided into two pigtails and a guarded look. As always, she is Araragi’s confidante, answering his questions and aiding him in solving mysteries, this time of the not-so-supernatural variety. 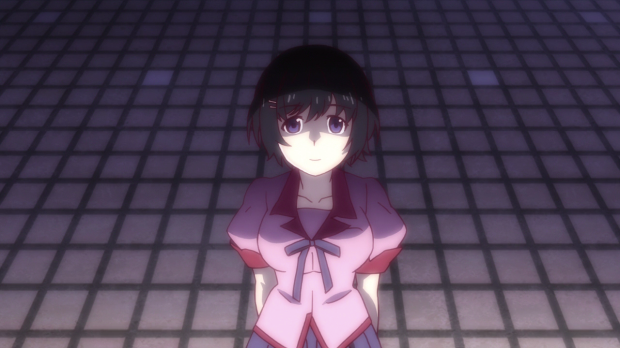 She trades in this look by the third episode, Koyomi Sand, having cut her hair to match up with the Nisemonogatari timeframe. Hanekawa is outside fairly late at night, hinting at her ongoing family issues. 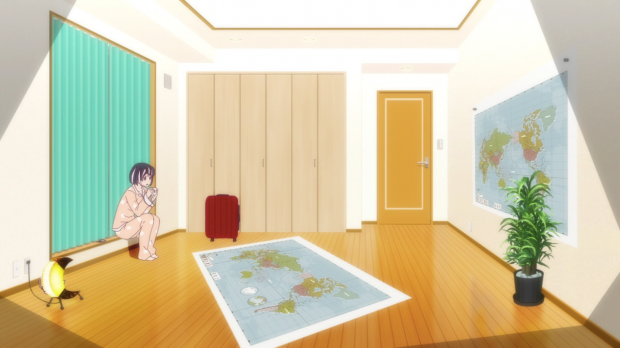 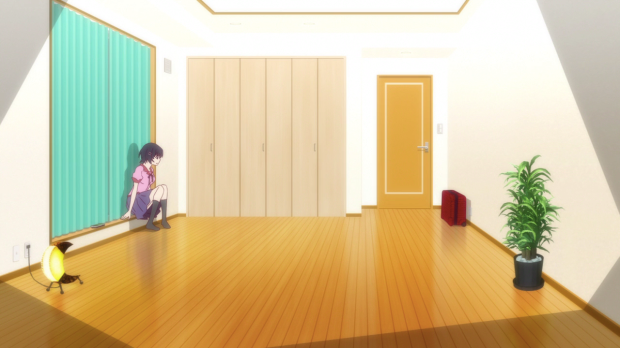 By Episode 6, Koyomi Tree, Hanekawa has already passed the events of Tsubasa Tiger. In one scene, she talks to Araragi while browsing maps of the world. At long last, she has a room of her own inside her family’s house. Her hair is two-toned, allowing us to pinpoint almost exactly when this conversation takes place. At the end of the episode, she’s all packed and ready to go, still alone in her room. This time, her hair dyed to remind us that she still hides part of her true nature when she attends school.

It’s not long after this that Hanekawa will tell Araragi that she’s leaving town for a while — after solving the mystery of Sodachi Oikura in Owarimonogatari — to go on her soul-searching trip briefly shown in Tsubasa Tiger. 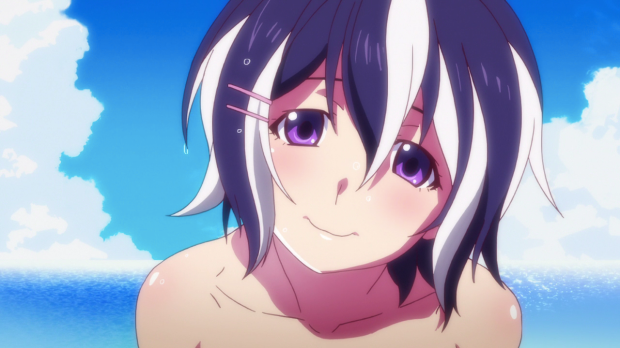 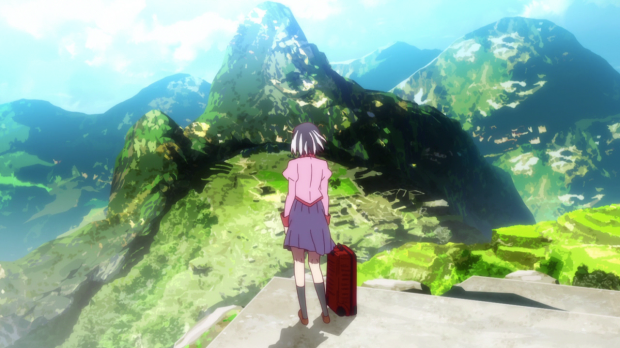 The next time we see her, she’s chatting to Araragi from exotic locales. Episodes 9 and 10 show Hanekawa watching the sunrise from a boat, swimming in the ocean, and bathing in a mountain spring. By the end of Episode 10, unbeknownst to Araragi, Hanekawa is returning to town in order to help Deishu Kaiki with Sengoku Nadeko. 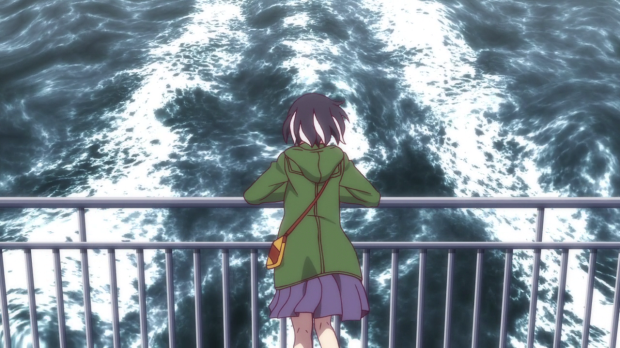 This doesn’t mean much in the grand scheme of the series. Relevant plot events in Koyomimonogatari that haven’t been mentioned in previous arcs are relegated to the final few episodes, and don’t involve Hanekawa directly. Showing Hanekawa’s progression chronologically doesn’t affect any plot events in Koyomimonogatari, although it further helps viewers organize these short episodes within the larger timeline. However, it strengthens the relationship between Hanekawa and the viewer, reminding them of just how far she’s come over the course of Monogatari as a whole. 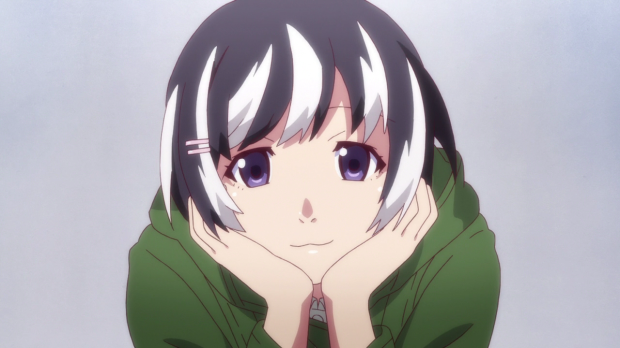 For a series so focused on emotional narratives, Hanekawa’s is right up there with Araragi, Hitagi Senjougahara, and Shinobu. Her narrative is the one that I appreciated the most and is emotionally resonant for me personally, as is most of the Monogatari series. Although she doesn’t command viewer or community attention like those three, I loved how her development was reiterated throughout all of Koyomimonogatari.