There’s no one, two, or even ten ways to categorize fears and feelings of inadequacy. They come in all shapes and sizes.

Canadian superstar Jean-Jacques Leroy is designed to be hilariously obnoxious from his first moments on the small screen. He’s loud, brash, doesn’t read the situation, and is remarkably self-centered. JJ isn’t just another figure skater in Yuri!!! On Ice, he’s a brand, built on his own desires to be different than all of his other competitors. A character like JJ has nowhere to go but down — especially with the legendary Viktor Nikiforov sidelined as Yuuri Katsuki’s coach — yet his fall is still shocking. 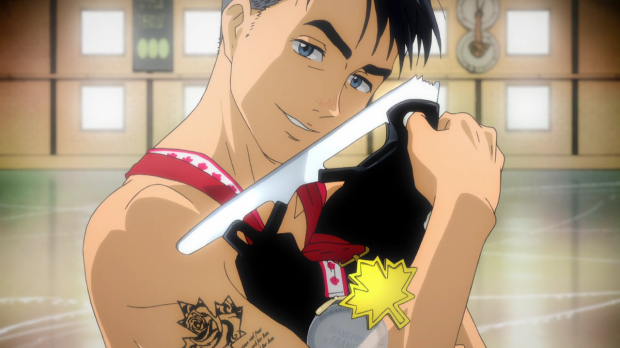 When JJ says that he doesn’t understand what’s happening after completely botching his short program at the Grand Prix Finals, I believe him. JJ’s sudden turn from lovable but annoying heel to nervous wreck is just that — sudden.

In the end, they’re both equally adept at pushing people away. Yuuri hides from people, stress-eats, and avoids dealing with things because he feels like he’s failed the people he cares about. In Episode 11, we come to see that JJ also has crippling fears that the people he cares about will abandon him if he fails. Part of this comes from the fact that he’s built his brand around success and style. He sees this all falling away during his doomed short program. However, like Yuuri, JJ is surrounded by people who actually care about him, the human. Part of his failure at the Grand Prix Finals is learning that his fiancée truly loves him, and that his athletic programs truly affected the lives of those who cheered him on. 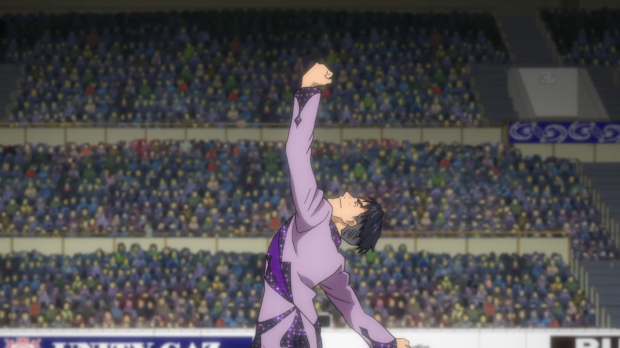 I am generally terrified of people and, more often than not, am in some sort of spiral of self-hatred and loathing. You wouldn’t know this if you met me, especially at a work event, because I put that aside to do my job — feature writing — which requires talking to people. Just recently, I followed a team around for almost a week. During that time I did multiple individual interviews, but generally remained a fly on the wall for most of it. Throughout that time period I continuously told the team not to worry, that I would write the best piece on them and that event. Just mustering up that small amount of bravado pushed me to succeed.

There are a lot of times where I mess up. One team knows me as “that girl who was too shy to take pictures.” Another time I botched an interview so badly that I only asked about three questions. Sometimes I miss deadlines and it makes me want to curl up in a ball and disappear — the Yuuri method of coping with anxiety and fear. However, a larger portion of the time, I’m JJ, trying to stand alongside two people that I admire greatly, instead of just remaining in their shadow. In order to do this, I have to bluster and tell others that I will be the best — one side effect of this is that putting up this front continues to push me forward when I wouldn’t necessarily get there otherwise. Sometimes you have to swallow all of that fear, muscle your way up to your figurative podium flanked by people you’ve admired for a long time, and say, “Hey, I don’t just admire you, I belong here too.”