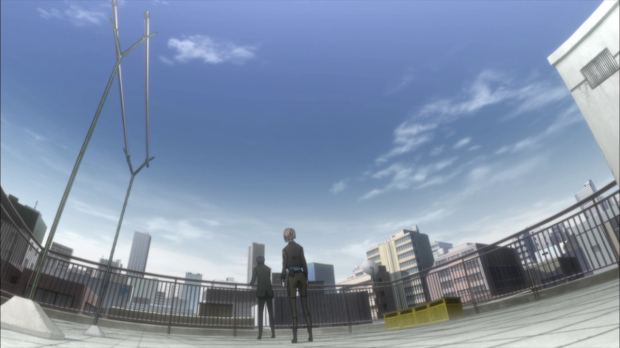 In 2009, I began watching anime as it currently aired. It wasn’t long before I was writing about it. My first year of blogging was full of horrid, weekly recaps that described what happened, maybe gave grades for music, visuals, story, etc., and moved on to the next show after perhaps doing a separate series review that was much of the same.

Steins;Gate came at the time when I was finally shedding my self-imposed, unimaginative shackles of graded episodic recaps (this is in no way meant to be a reflection of episodic blogging as a whole, only my own inadequacies) and moving towards an editorial style, even when writing weekly. I wrote about Albert Camus’ The Plague while watching vampires slowly take over an entire town in Shiki, and later framed the entirety of Star Driver through the lens of Antoine de Saint-Exupéry’s The Little Prince. For Steins;Gate specifically, I contemplated Mayuri “Mayushii” Shiina’s role in the story as a catalyst for Rintarou “Hououin Kyouma” Okabe.

It wasn’t the best or most original output, but I began to play around with the craft of writing via anime blogging and rediscovered my love for it. This remains the primary reason why I still blog to this day. 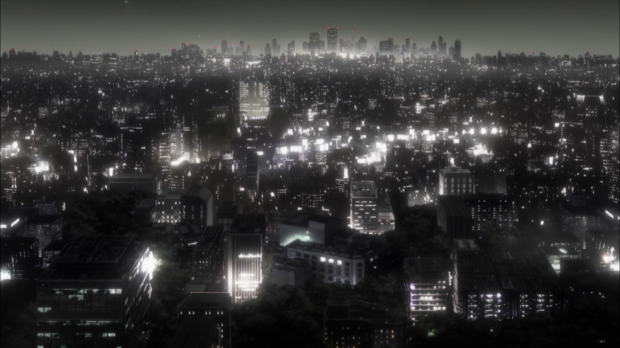 Yet Steins;Gate didn’t stay long at the top of my favorites list. I looked back on it fondly, but as I continued to fill in gaps of my anime education while also watching other currently airing series, it fell through the cracks in my memory — a series that I had loved at a specific time in my anime-watching life. A few years ago, I remembered why I had liked it so much — especially the first, slow half of the series that most fans say you have to suffer through in order to get to “the good part” — but also realized how gracelessly pieces of the series had aged. The only piece I wrote on Steins;Gate came as the series was ramping up, but the part I enjoyed the most was watching a group of oddball dorks accidentally discover a time machine and then grapple with the gravity of their situation (sans fridged childhood friends and new, potential love interests).

This is the fourth time I’ve written about returning to a series. Every instance offered a different experience, depending on my personal relationship with the franchise along with the quality of the remake. Revisiting Sailor Moon (through Sailor Moon Crystal) felt like coming home at first, before the new adaptation truly began to disappoint, sorely missing the creativity of the old Toei staff, which had up-and-coming names of the time like Kunihiko Ikuhara, Takuya Igarashi, Junichi Sato, Shinya Hasegawa, Yoji Enokido, and Mitsuo Ito. Digimon Tri felt almost like trespassing on a group of kids who had tried to continue on with their lives before the events of the digital world caught up with them once more. Boruto felt like Naruto fanfiction.

Given the series’ subject matter, this isn’t a bad thing. 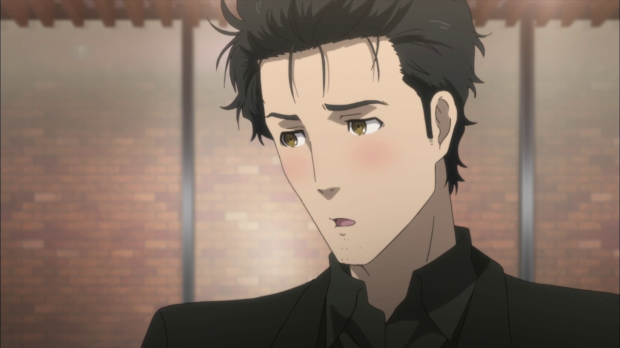 It’s hard to picture Steins;Gate‘s great HOUOUIN KYOUMA blushing while talking about university tennis club and coed drink-ups, but that’s exactly what he does when anime-only viewers like myself meet up with him for the first time in years. He’s continuing his university studies, participating in social activities outside of class, and hasn’t been to the Future Gadget Laboratory in some time. This is the new, in the words of Mayuri, “normie” Rintarou Okabe.

At one point in his life, that label would have been a death sentence. Yet, after Okabe’s traumatic time travel experiences, this particular beta timeline iteration is content to bury himself in normalcy while shouldering a heavy burden of post-traumatic-stress-disorder. Everything about this Okabe feels off, and this makes Steins;Gate 0 wonderfully uncomfortable. Even with a new anime production team, the low lighting, lack of color — even in bright places like Akihabara during holiday shopping season — the dutch angles, they’re all there.

This is Steins;Gate, but Hououin Kyouma is nowhere to be found. 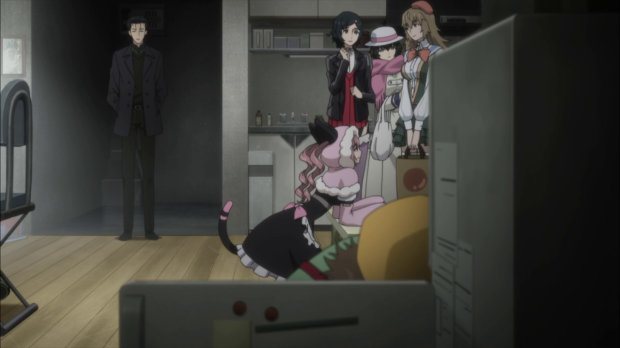 When anime fans look back on first season of Steins;Gate, the ramblings of Okabe’s chuunibyou personality, Hououin Kyouma, are often what people recall immediately. Lines like “Hey mister, I am mad scientist, it’s so COOL sonofabitch” or, regarding Dr Pepper, “It’s an intellectual drink for the chosen ones.” (As an aside, Steins;Gate integrated brands like no other anime at the time.) Or perhaps they first recall Mayuri’s signature, “Tu-tu-ruu!” Steins;Gate was a mesh of geek checkboxes, catchy one-liners, and marketing, but it wasn’t only those things. Its beating heart and camaraderie between the Future Gadget Laboratory members was what kept me coming back week after week, despite the fact that I didn’t personally resonate with the characters themselves and had a few issues with story execution.

Okabe’s return to the lab is appropriately muted. There’s a small celebration that they’re all back together, but for Okabe and us, there’s one specific lab member missing: Makise Kurisu. This is not only a timeline without Hououin Kyouma, but a world where Kurisu passed away, leaving Okabe irreparably scarred. And Okabe stripped of his persona turns the entire world of Steins;Gate on its head in a eerily quiet way. This, above all else, is what I enjoyed the most about this first episode of Steins;Gate 0. It plays with viewer perceptions of the characters and story, but everything is just slightly off, causing discomfort.