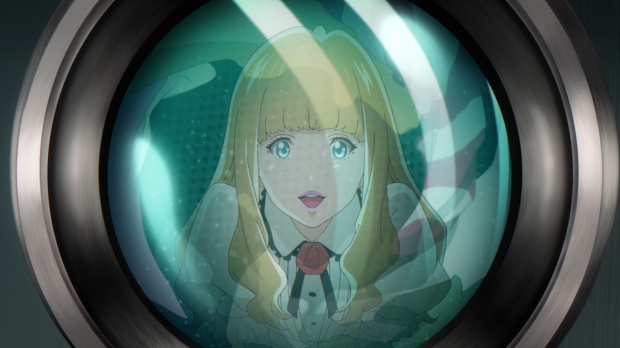 One of the most popular songs of my adolescence was The Backstreet Boys’ “I Want It That Way.” If you actually bother to listen to the lyrics of this song they make no sense whatsoever beyond random phrases set to a catchy tune. Comprehension didn’t matter when a friend belted out “Tell me whyyyyyy” and you could immediately follow up with “Ain’t nothing but a heartache.”

Pop song lyrics are rarely the height of eloquence. In fact, it’s their simplicity coupled with the music itself — be it a soulful ballad or upbeat earworm — that makes them so effective. Sure, you may be writing about a failed relationship just like nearly every single musician and or artist does at one point or another, but that hardly matters if it manages to resonate with an audience, or the distributor has strong industry connections.

Carole & Tuesday is an amazing series for many reasons. One of them is that it recognizes this and showcases it not only through the two leads, Carole Stanley and Tuesday Simmons, but through the industry-backed model-turned-pop-idol Angela Carpenter. Angela’s debut in-universe song, “Move Mountains,” manages to be just as emotionally-affecting as Carole and Tuesday’s “Loneliest Girl” despite dramatic difference in their conception, creative process, and monetary backing. Carole & Tuesday walks a line between celebrating music wholly and completely while also being a bit cynical about the production process and who is facilitated to succeed over others (hint: it’s usually people with a lot of money).

One of the most brilliant moments of the series occurs in the third episode when Tuesday draws a comparison between spinning clothes in a washing machine. “They’re kind of like us,” Tuesday says. “They were completely still, then suddenly started moving. They had a chance encounter and got filled up with all kinds of things.” Cue both Carole and Tuesday — along with a random man who happened to be in the laundromat at the time and is initially, and rightfully, confused —  tapping their feet to create a beat and half composing a song in that moment. The full song plays over a montage of them writing it together back in their apartment, goofing off, and various objects that move in circles. It’s dumb, but wonderfully charming and showcases just how attached the two already are and how much fun they’re having making music together. As the two croon “You were the missing puzzle piece” to each other, you believe it, despite the rote and clichéd qualities of the lyric itself.

“Round and round like dancing laundry,” may not be the most lyrically amazing line ever written, but it’s fun and oddly apropos. It’s easy to relate to, even if it sounds a bit stupid, like so many pop song lyrics. The song “Round & Laundry” also piggybacks on the emotional theme of loneliness that the two express beautifully in “Loneliest Girl” even though the two songs are completely different in tone and delivery.