There isn’t an artist in the world who doesn’t think about how people will view their art. If they say that they’ve never thought about this, then they’re lying. Once you release something into the ether, it’s no longer wholly yours, but yours and others. And the other people who experience your art may find it deeply personal to them — just as personal as it was for you to create it. Kobayashi-san chi no Maid Dragon (Miss Kobayashi’s Dragon Maid), wasn’t the only work that Takemoto left behind but it will likely be the series for which he’s most remembered. It was what he was working on before he died, along with at least 35 other people, in the July 2019 Kyoto Animation Arson Attack.

I wasn’t prepared to see Takemoto’s name as a co-storyboarder in the credits today of Maid Dragon S (the second season of the series). I didn’t think I’d tear up when watching this first episode, but I did. I had returned to Kyoto Animation’s works last year through Violet Evergarden: Eternity and the Auto-Memory Doll — and that, in and of itself, was affecting — but the first episode of Maid Dragon S was an entirely different flood of emotions.

The acrid bitterness of loss mixed with the genuine sweetness of the series itself (even amidst some hilarious jokes and also some potentially problematic bits that also plagued the first season).

There was no better person to pick up where Takemoto left off with Maid Dragon S than Tatsuya Ishihara. The two worked together closely for years, with Takemoto studying under Ishihara for some of it before emerging alongside his peers as yet another important figure at Kyoto Animation with directorial credits on Lucky Star (after Yutaka Yamamoto was taken off the project after four episodes), The Disappearance of Haruhi Suzumiya, High Speed! ~Free Starting Days~, Amagi Brilliant Park, Hyouka (a personal favorite), and of course, Maid Dragon. Ishihara’s initial foray into Maid Dragon is a transition. It’s not exactly the same but it’s familiar, comfortable, and most importantly, moving forward.

I didn’t know Takemoto personally. Yet, it feels like I did know him in a way.

I wonder a lot about how people will remember me.

Most days I wake up and think about how little I’ve accomplished in life. I don’t yet have a body of work I can point to and say, “I’m proud of this. This is me.” Becoming a broadcaster has only exacerbated my anxiety about what little I’ll leave behind. If I died tomorrow, I’d likely be remembered for a few days before inevitably fading into the background. There are better broadcasters. There are better interviewers. There are better writers. Esports would remember be for about a week before moving forward and I’d slowly disappear to time.

The answer to my worries about having a legacy at all can not-so-coincidentally be found in Maid Dragon itself. 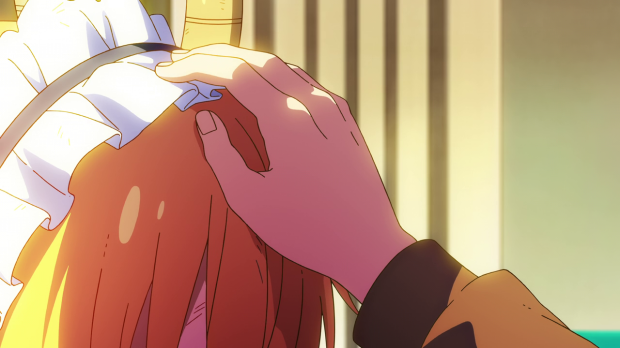 At its emotional core, Maid Dragon tells the story of an immigrant family navigating the pitfalls of their new home and a found family for lonely office drone Kobayashi. Kobayashi’s subway conversation with Ilulu about their differences hits particularly hard in the wake of the arson attack, Takemoto’s death, and Ishihara continuing this project. At the same time, it’s a logical path for Maid Dragon S to explore and something the series has been touching upon the entire time: finding common ground and making lasting connections.

Because the people that would remember me would be the people I’m closest with and this is something that is really difficult for me to accept. Like Kobayashi, I’m prickly and standoffish. I don’t allow myself to truly grow close to many people and when I do, I’m bad at showing how much I care about them. And I do care about them deeply.

The complexity and occasional simplicity of these emotions was what made the first season so poignant and that continues in this first episode of Maid Dragon S. It’s a world where the most important thing that someone can say after a beautifully-animated fight between two chaos dragons is, “Shall we go home?”