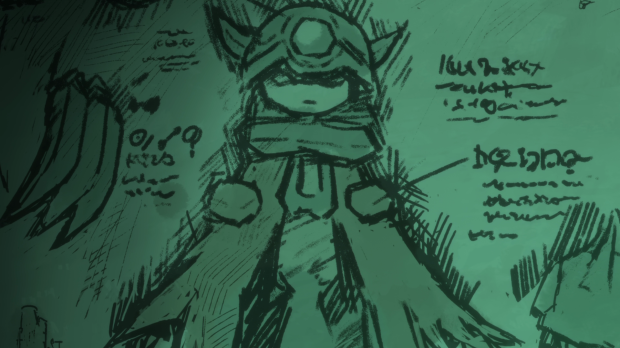 Kou Yoshinari’s monster designs in Made in Abyss were visibly meant to be different than the humans of Orth and the Abyss from the first moment that a crimson splitjaw chased down Riko in the series’ premiere. The splitjaw moves differently and is animated in a way that makes it seem otherworldly and bizarre. This trend continued for all monsters of the Abyss throughout Made in Abyss’ first season. In a series that plays with as many horror tropes as Made in Abyss does — delving deeper and deeper into them the further Riko and Reg travel in the Abyss — the awkwardness of the monsters only added to the unsettling menace of the Abyss itself. 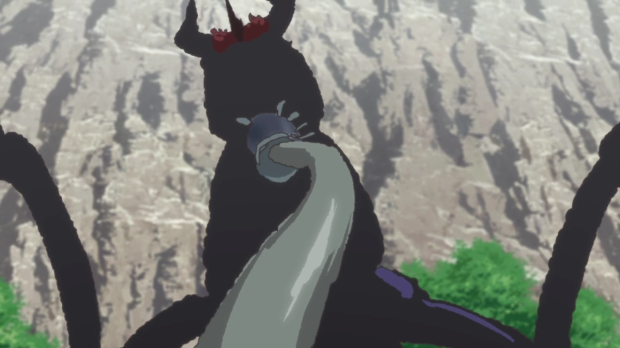 One interesting animation piece of note came in Made in Abyss’ fourth episode, when Reg reaches for a silkfang monster and his robot arm is animated like that monster rather than separately and in the usual style of the rest of the series. Naturally this could simply be due to the fact that it’s easier to animate all in one style. Notably in the next shot, Reg’s robot arm is normal while the silkfang is still animated in Kou Yoshinari’s “monster” style save the point of attachment. 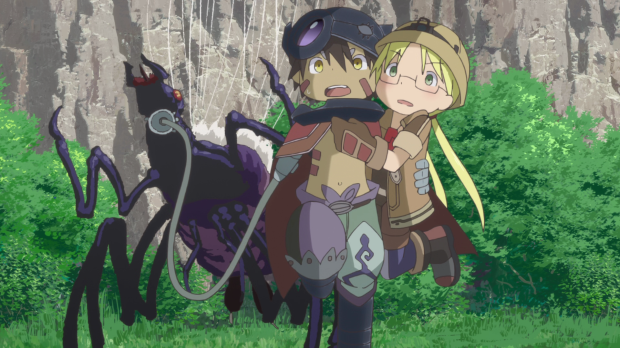 It’s particularly interesting that it’s Reg of all characters who is animated like this (even if it is not a purposeful choice related to his character) because of how little we know about him. Later in Made in Abyss: Dawn of the Deep Soul, Reg loses his humanity or consciousness thanks to Bondrewd’s experiments and is animated in a similar fashion to one of Kou Yoshinari’s Abyss monsters (the animator himself was listed under “biological design” for the movie) as he loses control. We’ve always known that Reg is powerful, but in these scenes he is monstrous as well and is animated as such. 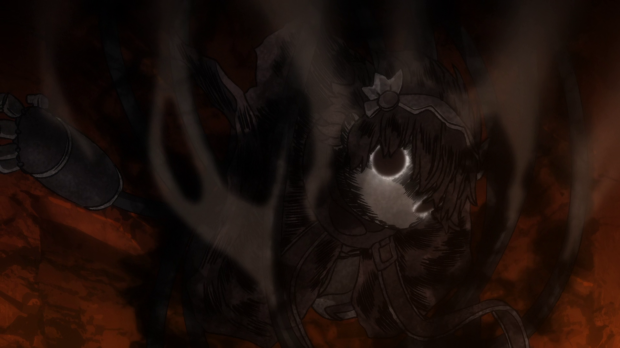 Reg unintentionally saves Riko from the crimson splitjaw with his cannon arm so from his very first appearance, even offscreen, we know that he is powerful. Due to memory loss he knows next to nothing about who he is or where he came from. Riko’s friend Shiggy posits that he must be an Abyss relic himself, and this is somewhat corroborated by the fact that there is a drawing of Reg in Lyza’s notes that she sends to Riko.

“Assuming that’s true, what did I come up here to do?”

-Reg on Riko’s assertion that robots aren’t affected by the curse, Made in Abyss, Episode 2

The latest episode of Made in Abyss‘ second season, The Golden City of the Scorching Sun, Reg discovers that Faputa, the Princess of the Hollows, knows him presumably from the time of his life before he met Riko that he cannot remember. More importantly, she knows him as Reg: the name of her old dog that Riko gives the robot boy when he doesn’t remember his own in the series’ first episode. The fact that Faputa — a hollow who was initially a guide for another expedition years ago and presumably has not been able to ascend past the sixth layer since — knows him by the same name is yet another puzzle piece to a greater picture of Reg that we still don’t understand. In a way, Reg is almost analogous to the compass relic: spanning two different timelines, his existence interpreted similarly but also individually by different parties while he struggles to find his own agency. 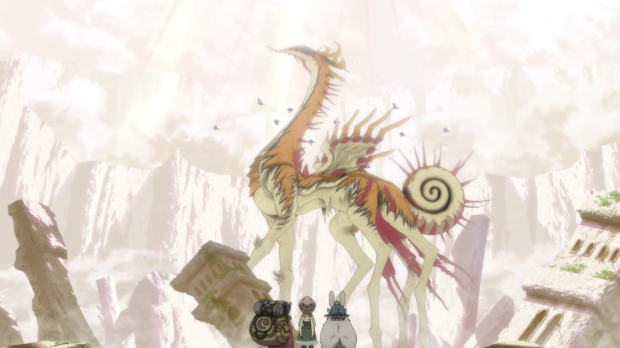 As for the manner in which Abyss monsters are animated in Golden City of the Scorching Sun, the absence of Kou Yoshinari in this season has led the series to turn to more CGI for things like the turbinid dragon pictured above, as well as characters like Majikaja and Belaf. This makes them stand out by default, due to how they move compared to other characters. 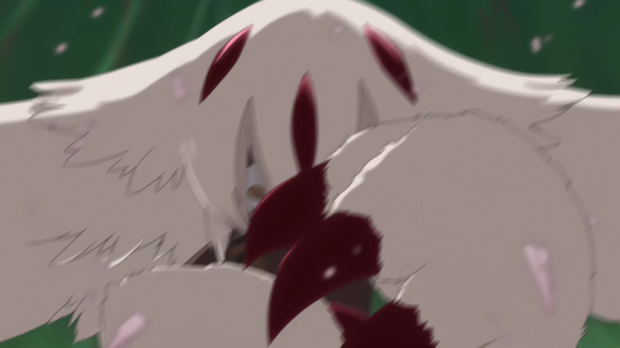 Faputa’s introduction is also interesting within this framework, given how quickly she moves when seeing Reg again for the first time. She moves so fast that she’s a blur and out-of-focus at times. This visually reinforces the rumors we heard about her being able to move undetected. However, she isn’t always animated like this and, more often than not, is in the same clarity and style as most other characters in the series.

I’ll be the first person to admit that all of this could be unrelated to Reg’s mystery and more of a device to showcase characters and creatures differences by animating them differently. The gawky way that the silkfang and crimson splitjaw move compared to the characters in the first season is meant to further separate the characters from the monstrous in the Abyss. Similarly, Reg moves differently when he loses control over his mind in Dawn of the Deep Soul, and Faputa moves more quickly that Reg can keep track of in her introduction to further separate her abilities as well as to make her a threat. Animation is another tool to showcase the hazards of the Abyss that are looming around every corner. With this in mind, Mitty, who we and Nanachi discover is alive, as well as other hollows in the village have never been animated this way. 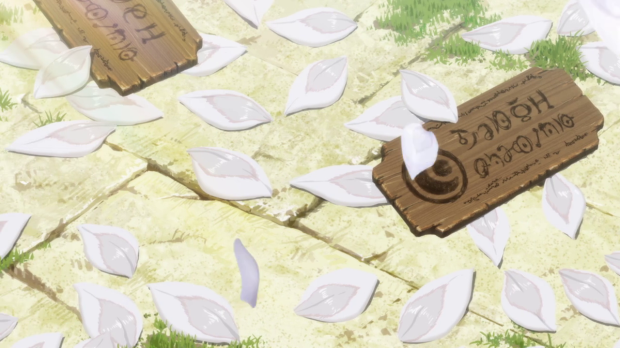 As a final aside, another interesting visual happens after Reg tells off Faputa, asserting his own wishes in the process. He walks outside to fallen signboards with names on them and eternal fortune petals. The flowers are not only a consistent visual motif for Riko’s mother Lyza, but could be seen as a direct reference to flashbacks that Reg had in the first season where he tells Lyza that “he’ll be going now” in the field of flowers on the fourth layer. This scene occurs directly after Reg hears Faputa calling him by the same name that Riko gave him, making Lyza a potential bridge between whatever happened with Reg and Faputa in the past, and his current adventures with Riko and Nanachi.