“A stage that never ends. Taking on the shine that this stage requires enough for someone else as well. Such is the atonement for a stage girl who must surely die. The stage of fate that she has chosen.”

Previously I had thought of Shoujo ☆ Kageki Revue Starlight‘s giraffe as an arbiter of the system, similar to Yuri Kuma Arashi‘s Judgmens who preside over the Severance Court. In Yuri Kuma Arashi, the three Judgmens are the only body allowed to permit relationships — there’s even an offical stamp that says “Yuri approved!” — a reminder of societal constructs and barriers that the leads eventually break by the end of the series. The giraffe seemed to be of this vein, presiding over the toxic top star system of the Takarazuka Revue at Revue Starlight‘s Seisho Music Academy. This is why he always cheered or commented during the duels, kept track of the top star standings in his room, and was an important signature on Hikari Kagura’s transfer documents. Because the giraffe is the system, naturally he would have a hand in her “transfer” from Seisho once she reached the top star stage.

Yet, the giraffe’s true identity is revealed in Revue Starlight‘s finale. This revelation recontextualizes the giraffe’s actions throughout the series. While it’s not wrong that he’s an arbiter, he’s also something concrete and very familiar to anyone who has watched a stage production.

END_OF_DOCUMENT_TOKEN_TO_BE_REPLACED 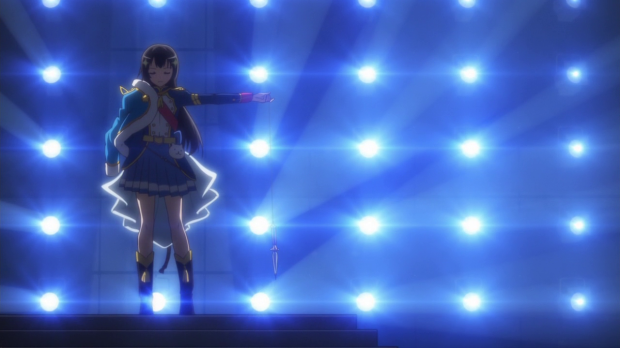 To be chosen as a Takarazuka Revue trainee is part physique, part talent, and part effort. The audition includes singing, dancing, and sight-reading, much of which cannot be prepared in advance. No amount of effort and talent can make up for factors like natural height or charisma. And the audition is the easy part. Young girls, not women, are chosen and developed into Takarazuka actresses through a strict training regimen that doesn’t stop when the lessons themselves — usually six-to-seven hours, six days a week — end.

First-years have it particularly rough. They have to clean the school extensively in addition to their lengthy classes in anything and everything from singing and dancing basics to drama, koto or shamisen, music theory, and drama. They cannot wear makeup or style their hair — it must be cut or braided. Previously, the Takarazuka curriculum included sewing, English, and etiquette lessons, all in service of Takarazuka industrialist founder Ichizo Kobayashi, who saw the school not only as a tourist opportunity, but a training ground for Japan’s future wives and mothers. Members of all classes must adhere to a strict hierarchy, including addressing their elders properly at all times, with precise language and greetings. When an older student approaches, they much bow and move out of their path.

The cycle repeats in the revue itself, where first-years in the troupe are more stagehands and small ensemble roles than full-fledged Takarazuka actresses. At this point in time, they already will have been separated as an otokoyaku or musumeyaku as well, and their entire time period with the troupe will be spent taking parts of one role or the other. During their time with the troupe, they cannot marry or have romantic relationships. All of this sacrifice and still only one otokoyaku per troupe can be top star. This is all in service of not only becoming the best but, in the words of Shoujo ☆ Kageki Revue Starlight‘s Maya Tendou, becoming a dream. The Takarazuka Revue provides inspiration and a respite from every day life for young women all over Japan.

END_OF_DOCUMENT_TOKEN_TO_BE_REPLACED 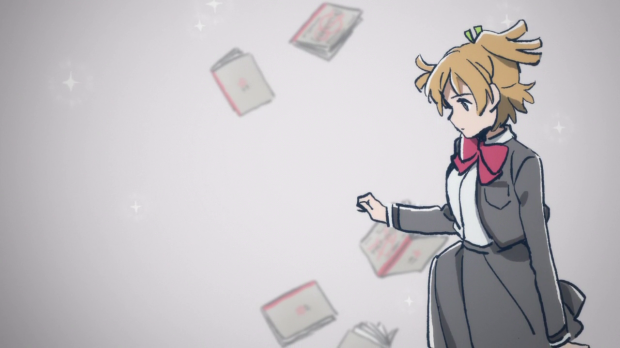 The series makes a point to show her high up in the revue duel standings — third, behind Claudine Saijou and Maya Tendou. It’s a clear message that she should be one of the trainees to beat. Not only is she diligent, but she has natural advantages that other trainees don’t have. Only tall young women have a chance at becoming otokoyaku. In the strict Takarazka Revue tradition, only otokoyaku can become a top star.

Shoujo ☆ Kageki Revue Starlight is concerned with challenging the Takarazuka system and pressures that come with it. Karen Aijou and Hikari Kagura’s promise to stand on the same stage together is the first step in this direction. Seisho Music Academy’s framing device of the play Starlight is another: it sets up the status quo to be challenged.

Two young women try to grasp a star at the same time. One of them is struck down while the other lives. Even if they want to share it, or claim it together, they cannot. “And it shall be bestowed upon you, the Star which you have longed for.” is Starlight‘s tagline, but the words are a poison. Once that star is bestowed, solitude follows. Only one person can claim position zero.

Only one stage girl can become top star.

END_OF_DOCUMENT_TOKEN_TO_BE_REPLACED

“I’ve been there before so I understand what you’re going through Hanayagi-san. For those who pursue us and those who support us, we have the duty to become the very best versions of ourselves.”

END_OF_DOCUMENT_TOKEN_TO_BE_REPLACED 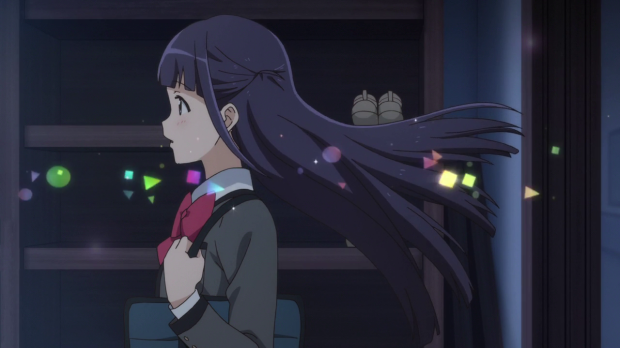 Yet, Ikuhara was influenced by the Takarazuka Revue itself: the main subject of Revue Starlight. He also drew inspiration from Takarazuka-influenced anime and directors like Rose of Versailles and Osamu Dezaki. Rose of Versailles in and of itself is often synonymous with the Takarazuka Revue, and helped cement its top star system — the same system that is under scrutiny and criticism in Revue Starlight. Furthermore, Revue Starlight isn’t just an anime project, it’s a multimedia project that includes a stage play directed by former Takarazuka actress and director Kodama Akiko.

No other episode showcases this cycle of influences better than Episode 5, “Where Radiance Resides.”