“If the world can’t be the way I want

Then I have no use for it anymore

There’s only one thing I desire

END_OF_DOCUMENT_TOKEN_TO_BE_REPLACED

One of the Monogatari series favorite tricks is playing with chronology. Adapting from the original Nisio Isin light novels which are also technically out of order chronologically, the anime series similarly scrambles the chronological order of its narrative arcs. This refocuses the series on the emotional development of specific characters that would otherwise be lost if the story was told in chronological order.

Koyomimonogatari is a series of short stories collected into one light novel that span a large amount of time across what viewers are already familiar with, including the recent Owarimonogatari arcs of Ougi Formula, Sodachi Riddle, Sodachi Lost, and Shinobu Mail along with the theatrical release of Kizumonogatari‘s first film.

END_OF_DOCUMENT_TOKEN_TO_BE_REPLACED 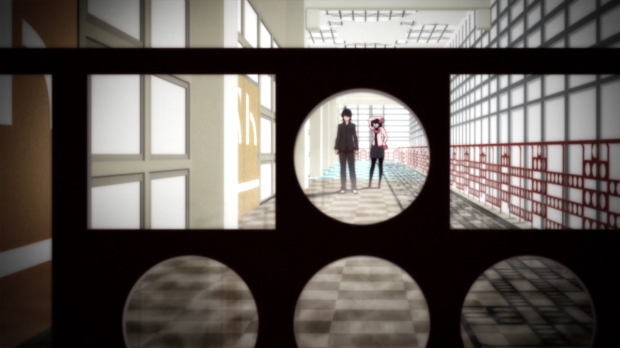 “Beautiful. So beautiful, it just makes me swoon. The most beautiful part about it is that the answer is zero. That said, someone like me thinks that if the answer is going to be zero, there’s really no need to go out of your way to make the calculation.”

A locked room mystery plays on the idea of the impossible. The crime scene is isolated with a set amount of variables: a vanished culprit, and information given to both the detective and the reader of that respective work. In a way, a locked room mystery is an equation or a formula. After a while, the reader learns what to expect and when, eagerly anticipating the detective’s incoming speech. This subgenre of detective fiction is responsible for some of the most famous, influential, and bestselling works of all mystery novels, most notably John Dickson Carr’s The Hollow Man and Agatha Christie’s And Then There Were None.

The insatiable appetite humanity seems to have for these types of mysteries is intrinsically tied to human nature itself. When presented with a seemingly insolvable situation, we crave rationality and an explanation.

END_OF_DOCUMENT_TOKEN_TO_BE_REPLACED

Koyomi Araragi says that Tsukimonogatari, the story of Yotsugi Ononoki, marks the beginning of his end. However, he only speaks of the end that he is aware of. There are a variety of ends for different facets of Koyomi. The most interesting end begins not with Ononoki, but with Nadeko Sengoku.

END_OF_DOCUMENT_TOKEN_TO_BE_REPLACED 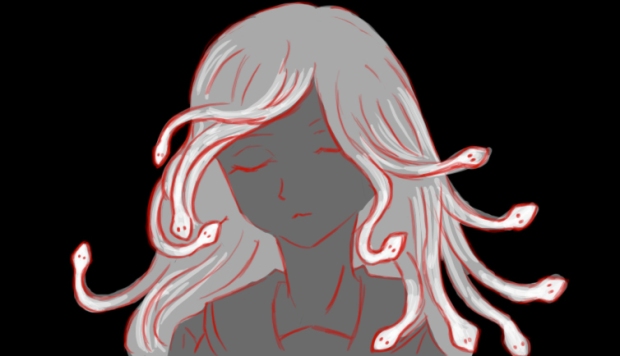 “Acting nice is a childish profession – pretending you’re someone else, and at the same time, selling yourself.”

Watching the fall, for lack of a better term, of Nadeko Sengoku is fascinating. It runs parallel to the cliched response upon seeing a trainwreck – “I simply could not look away! It was awful! Let me tell you how awful it was in gory detail!” – with an added air of delight. Typically, when we watch our idols “fall,” be them the quiet, pretty, girl-next-door, or the latest and greatest in pop music, there is an air of superiority that we’re encouraged to feel while watching the entire event.

Yet, I did not feel superior to Nadeko watching her cavort in a pool of blood. I was rooting for her. I wanted her to destroy everything.