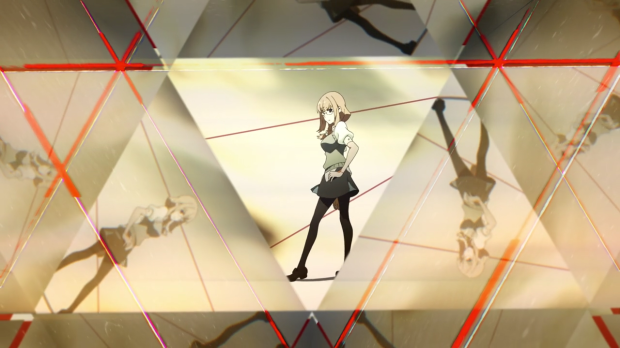 “You see us as you want to see us – in the simplest terms, in the most convenient definitions. But what we found out is that each one of us is a brain…

..and a basket case…

Does that answer your question?”

-closing narration of The Breakfast Club

John Hughes’ high school movie classic The Breakfast Club is oft-considered quintessential movie viewing, with countless pieces of media referencing or parodying the iconic story of five teens stuck in Saturday detention. By opening up to each other throughout the day, they reach across their varying social stereotypes and school cliques. While it’s doubtful that their fleeting friendships, and romantic entanglements, will result in anything long-term, they leave with a deeper understanding of each other and people in general.

On the surface, it would seem like Kiznaiver aims for a similar outcome. The expressionless Noriko Sonozaki introduces her Kizna System charges as the new seven deadly sins repurposed as common anime archetypes — imbecile, cunning normal, annoyingly self-righteous, high and mighty, eccentric headcase, musclehead thug, immoral. They are tasked with forming emotional bonds through their forced physical connection and closeness. It’s this very slickness of Kiznaiver and Sonozaki’s Kizna System that casts an artificial sheen over the series itself, making the hominess of The Breakfast Club an even more interesting point of comparison. 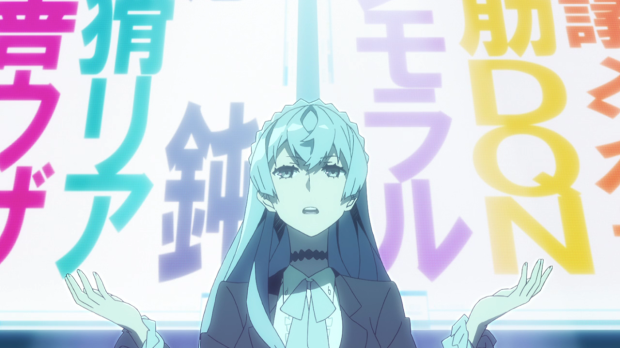 “Everyone wants to be special to someone, whether that’s due to positive or negative feelings. Because you don’t express pain, because you don’t struggle, people can’t find themselves within you.”

Boldly laying out the purpose of Kiznaiver in the premiere episode — it’s a bit forced, a recurring theme with certain pockets of dialogue throughout the series — Sonozaki highlights that everyone wants to see a bit of themselves in other people. Katsuhira Agata neither expresses nor feels pain, making him Sonozaki’s perfect guinea pig for the Kizna System. A clean slate of a person likely due to yet-to-be-revealed emotional trauma, Agata is chosen along with six others and made to undergo a surgery that unites them through shared physical pain.

In later episodes, the kiznaivers move beyond only experiencing one another’s physical pain to sharing emotional hurt as well. This is seen by Sonozaki and her overseers as a major accomplishment, a strengthening of their bonds, yet it’s all done under duress and backwards. Not only do the kiznaivers feel each other’s pain, but they’re continuously placed in controlled environments where one or multiple members must be “saved” or at the very least made to express some sort of hidden desire or personal secret. 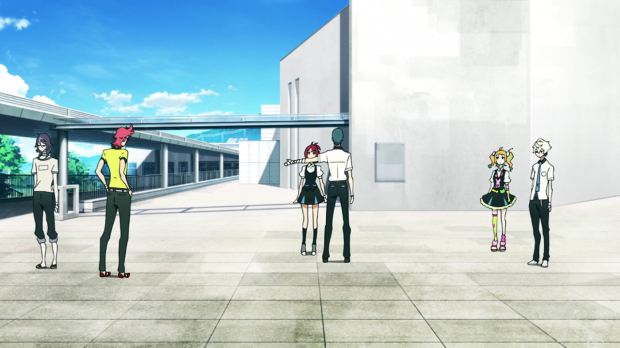 One of the reasons why The Breakfast Club works is that it isn’t forced. Tension between various characters is initially due to differences in their respective upbringings as well as their current social status at school. Despite being in the school building, the social construct of the high school — barriers in the form of cliques, their families’ economic income brackets, etc. — melt away as they slowly open up to each other. They meet as five kids who think they know each other, due to their archetypes, and end as five kids who understand each other a bit better, recognizing how contrived these barriers can be.

Most importantly, The Breakfast Club gives us continuous glances at these looming constructs that the kids themselves have no control over. A large part of their bonding experience comes from discussing the various pressures and genuinely awful living conditions — John Bender, in particular — that they’re forced to live with and hide from the rest of the world. These adults are barely featured in the film — Principal Vernon is the stand-in authoritative voice — yet their overwhelming presence is felt.

Like the vast majority of anime featuring high schoolers, Kiznaiver‘s landscape is mostly absent of adults, aside from the school’s counselor and Agata’s homeroom teacher both of whom are part of overseeing the Kizna System. They’re not authority figures as much as they are additional keepers of the kiznaiver experiment, placing them on the same level as Sonozaki who is also, presumably, still a child like the kiznaivers themselves. 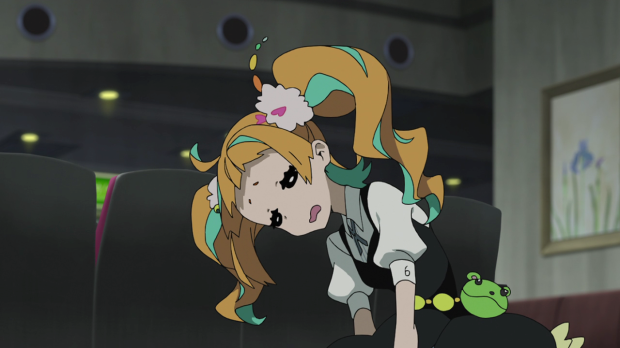 Certain influences and pressures are hinted at. In her admission that she isn’t the eccentric she pretends to be, Nico Niiyama expresses her personal struggle with being slotted into the smart, rich-girl archetype that’s readily available to her due to her actual intelligence and parents’ wealth. She eschews this in favor of the fake exterior of a nutcase who talks to fairies and other imaginary creatures — a reinvention of Allison Reynolds without fully knowing how much her home life actually influences Nico’s drive to construct a different personality.

Tsuguhito Yuta was left to his own devices growing up, leading him to get fat off of convenience store lunches and dinners. The revelation that he used to be a “fat kid” is only part of the story, yet Kiznaiver is still a bit clunky, and the purposeful choice to do things in reverse — beginning with forced emotional sharing in constructed environments — makes the series’ execution all the more difficult. When Kiznaiver succeeds, it’s in the moments that are more natural, usually when the group spends time together outside of Sonozaki’s mission setups. The fact that Agata has deep-seated issues and cannot express or feel pain makes him fairly unrelatable to the majority of viewers, but his personality works in moments like the closing scene between him and Sonozaki in Episode 6. Spurred by Sonozaki’s recent treatment of Honoka Maki, he openly questions her actions and if they actually saved Maki when the emotional pain is still present. His “I’m disappointed in you, Nori-chan,” hits hard because it’s a nod towards Sonozaki’s own emotional development, something independent and more natural than her Kizna System experiments or even Agata’s personal growth.

It has yet to be seen whether Sonozaki’s kiznaivers will discover that they’re each an imbecile, and annoyingly self-righteous, a musclehead thug, and high-and-mighty, cunning normal, an eccentric headcase, and immoral. Going about emotional development in reverse is a difficult path to take, and Kiznaiver‘s setup of controlled experiments doesn’t make it easier. Yet, when it hits, it hits fairly hard with purposeful visuals to back it up.