Many anime series have ruined an excellent start with a mediocre or bad ending. Tsuritama is not one of those series. Instead it’s one of the most well-plotted and tightly-written anime to date. Visual and aural bookending wrap-up neatly in an emotional finale that is as ridiculous as it is perfectly-executed. Tsuritama foreshadows its own ending from the first moments of its premiere episode but never feels like any of the individual pieces are included in the ending because they have to be. They come together in the ending because they’re meant to be, tying together multiple emotional narratives to a quirky accidental alien invasion plot that somehow manages to be both poignant and affecting. 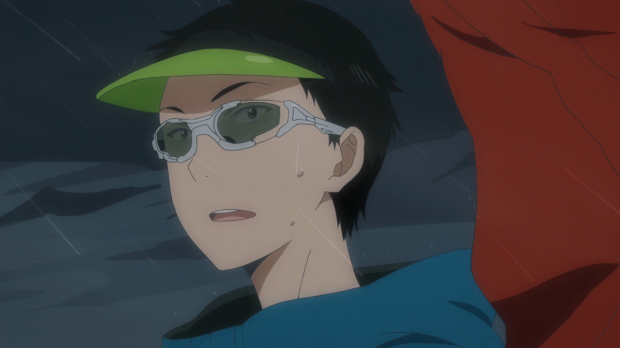 As the various pieces neatly fall into place, Tsuritama still finds moments for character acting that reinforces the leads’ relationships with each other.

At one point, Yuki is set up to succeed: he’s figured out Haru’s role in everything, Natsuki has taught him exactly how to fish for their elusive catch, and Akira steers their fishing boat. The viewer knows that Yuki is going to succeed and yet there’s still dramatic tension, especially when one of the military boats that he somehow has to miraculously cast his line over swings in a direction that causes their radar array to obstruct his path. Natsuki flinches while Yuki simply swings his fishing rod to the side, dragging the line (and Haru) up and over the boat.

In this moment, Natuski turns to Yuki and praises him — not in the teacher/student manner that they’ve had for most of the series, but in a moment of awe at Yuki’s ability. He lets out a surprised “すけえ~” (“Wow, so cool/You’re so cool/Amazing,” depending on how you want to translate it) and takes a slight moment to gawk at Yuki, genuinely impressed. 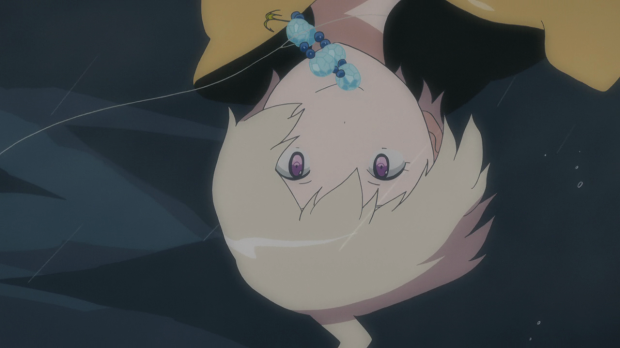 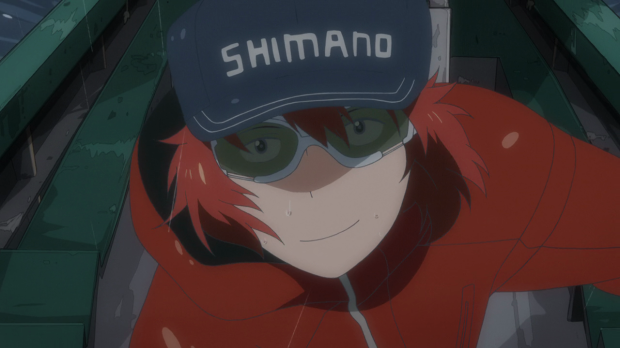 This is followed by quick cuts to Haru (who looks at Yuki gratefully) and Yuki (who nods at Haru as if to say “I’ve got you”). It’s a small moment that takes about six seconds of the entire finale, but it encapsulates what makes Tsuritama so successful by taking a quick pause during the dramatic climax of the series to reinforce the relationships between Natsuki, Haru, and Yuki in an organic and believable way.