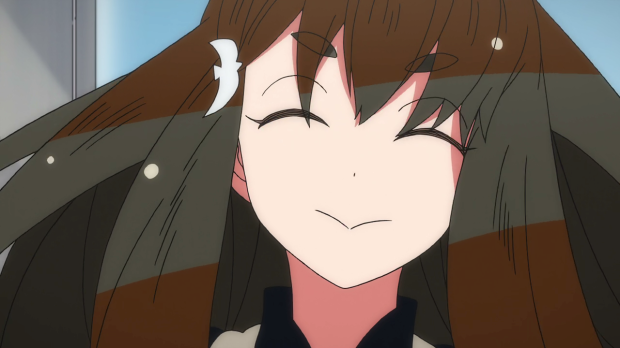 “Chaos and threat may not be the same. The judgment is yours to make.”

With these words to his G-Crew, JJ Robinson lays out exactly what Gatchaman Crowds intends to explore within the scope of its first season. They are written in each Gatchaman NOTE regarding the “nameless chaos,” which the G-Crew have dubbed “MESS” — the default antagonist of the series’ premiere.

Gatchaman Crowds‘ debut is titled “Avant-garde” — the first in a season’s worth of episode titles dedicated to art history or specific art terms. Avant-garde translated literally means “at the vanguard,” and within an art context identifies something that pushes the boundaries of what is socially acceptable, or calls out pre-existing societal norms and mores. Often the purpose of an avant-garde work is to promote radical social or political change to the current status quo.

For this reason, Gatchaman Crowds doesn’t open with its eccentric newbie, Hajime Ichinose. Instead, it begins with Sugune Tachibana’s morning routine, effectively establishing the status quo, giving it a character of its own within the series. 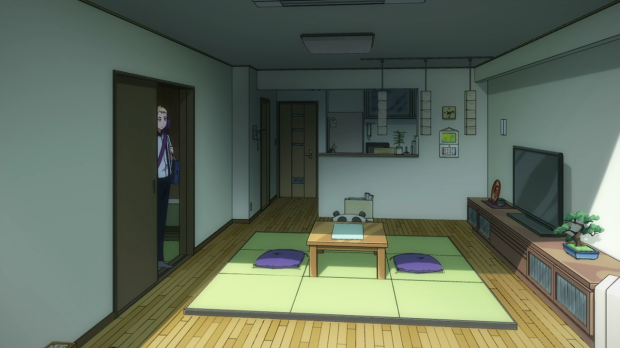 Sugune is the embodiment of what audiences expect from a superhero. He’s squeaky-clean, rigid in his perceived moral obligation and duty, and both values and respects order. His apartment is sparse —the most traditionally Japanese setting that Crowds shows off in the first episode, with only the hanging lanterns at his kitchen counter and Paiman’s panda pillow as faint, out of the ordinary decorative touches. He keeps his Gatchaman NOTE in a place of reverence, and as he leaves, we hear Paiman telling Sugune that they’re counting on him, a fact in which Sugune takes great pride.

Sugune is proud to be a member of the G-Crew and he’s proud to serve his community. Gatchaman Crowds places this at the forefront in the cold open, showing Sugune aiding a pregnant woman on the train by offering up someone else’s seat. 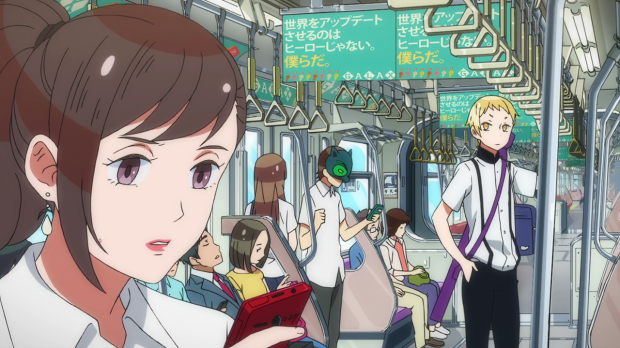 Despite the fact that this action is considered “good,” there’s a sense of uneasiness throughout this scene. Flanked by GALAX propaganda that reads, “It’s not heroes who will update the world, it’s us,” Sugune’s good deed comes at the cost of someone else’s comfort. The young man whose seat Sugune offers up is sweating while wearing a mask — a common courtesy when one is ill.

His illness doesn’t negate the pregnant woman’s discomfort, but it’s an immediate example of how Sugune’s ideas of justice and good are black and white while the world, and Gatchaman Crowds as a series, operates in grey areas. Sugune immediately recognizes that the woman needs help and picks the young man from the group as the person who should offer his seat up — presumably because he’s younger and stereotypically wearing large headphones while rarely glancing up from his phone, a sight that makes up much of Crowds‘ background fabric. 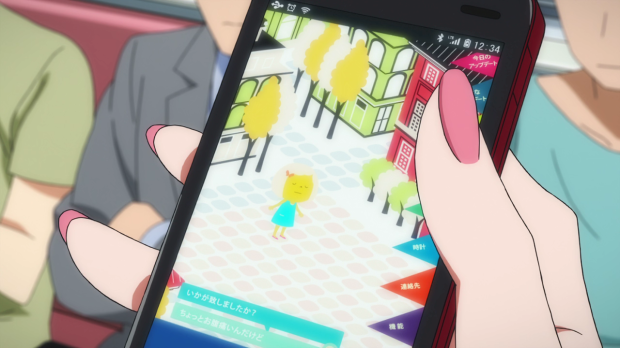 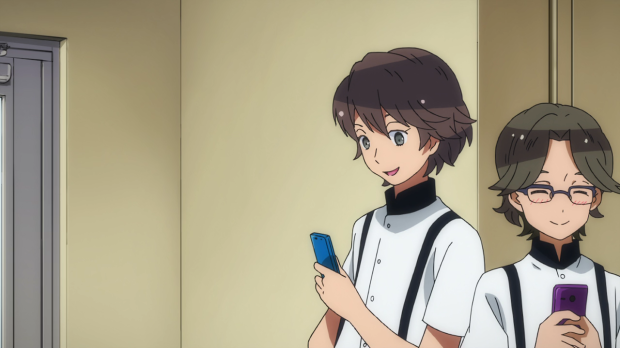 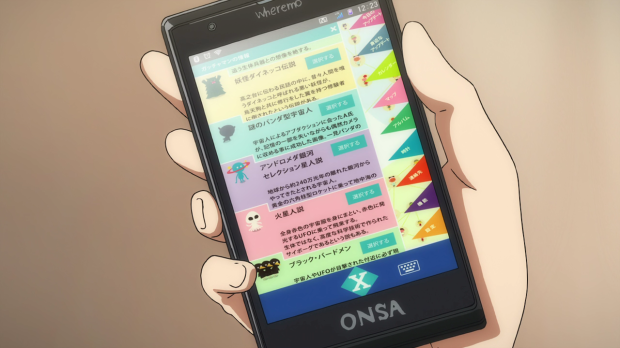 Social media network GALAX is a constant in the background of Crowds‘ premiere, its presence hinting at its later role in the overall story. The distressed recipient of Sugune’s everyday train heroism  Behind Sugune on the train, in the opening scene, there’s even a member of the Hundred — indicated by his fox mask — a group that will become incredibly important later on in the series. Upon rewatching this episode, I was struck by these small details, particularly the ubiquitous marketing of GALAX as well as the constant cell phone use denoting that GALAX is already second-nature to most people and used in every day life.

Crowds chooses to open with Sugune because he represents tradition, which clashes with Hajime’s whimsical, irreverent personality as well as the background tapestry of social media usage and marketing. The original Science Ninja Team Gatchaman and the Gatchaman franchise are tradition at this point — although they notably were not in their time, and did things differently from their ilk — a groundwork that needs to be laid before the plans that director Kenji Nakamura has for Crowds are fully set into motion. In order for something to be avant-garde, there has to be an existing status quo to smash. This status quo, or mainstream culture, is presented in the form of the Gatchaman franchise, a now-staple superhero series. 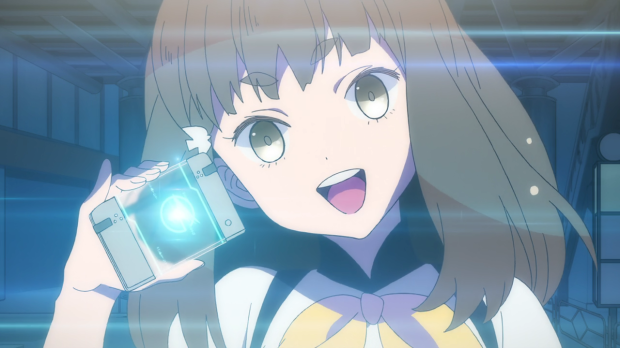 Interestingly enough, the mention of Gatchaman in the series itself is met with a hint of new-world derision. Hajime and Sugune’s classmates are shown discussing and researching Gatchaman on the GALAX search engines, despite expressing their disbelief that superheroes like the G-Crew could exist. Even when Hajime blurts out that she’s a Gatchaman along with Sugune, she’s not taken seriously, although Sugune has a near heart-attack at the thought of her revealing their identities — something generally unheard of in superhero series that Crowds revisits later on in the series.

Much of this first episode is setting up pre-existing societal structures through the tradition of superhero series allowing Hajime to poke and prod at them while treating them with a mixture of irreverence and awe. Our NOTEs are our souls? Cool! Someone doesn’t want to shake my hand? No worries, I’ll complete the exchange myself! This is an alien? It’s pretty! Might as well draw in this so-called sacred notebook. Her disrespect in the eyes of Sugune and Paiman is their perception of her behavior, just as the perceived threat of MESS is the G-Crew’s interpretation of MESS’ activities on Earth. As JJ says towards the end of this episode, the judgment is theirs to make.