“You know, that girl simply left without ever turning to look back, but I could see her profile. And she was just like all of the cave raiders I’ve seen. That eye I saw was full of longing. And then, I remembered what it was I wanted to be one day.”

-Riko on meeting Mitty, Made in Abyss, Episode 13

When we first meet her, Riko is bored.

Cave raiding still excites her, but she’s already looking into her own future to a time when she won’t be stuck on the first layer, combing through graves that have already been dug up by countless red whistle trainees for run-of-the-mill artifacts. Initially presented as part of a larger vertical society where the delvers give back to the community in the form of artifacts or new Abyss discoveries, cave raiding first appears to be a societal contribution first.

Yet, from the moment she appears in the series’ first episode, Riko’s desire is far more selfish. She admits to hoarding the Star Compass because its value as an artifact that guides its user towards the truth of the Abyss is more important to her personal goals. She is rarely in the present, talking instead of a far-off time when she’s a white whistle like her mother, Lyza. 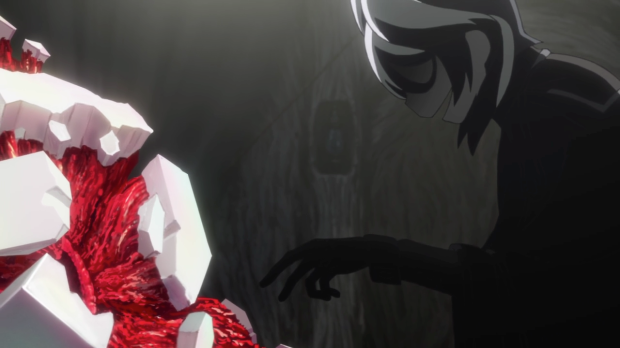 Later, Ozen will reframe this for Riko, describing this pull as a biological impulse due to the circumstances of Riko’s birth (and death), yet Made in Abyss returns to this question of why Riko wants to journey into the Abyss time and time again. It holds up Riko’s desires like Riko once looked at the Star Compass, showing that regardless of reason, they always point to the Abyss. Regardless of reason, we will seek out answers to questions we don’t understand and problems we cannot solve.

Made in Abyss is reminiscent of many timeless, classic stories. The basic Hero’s Journey structure is applicable. Riko’s discoveries first recalled Stephen Vincent Benét’s By the Waters of Babylon, a post-apocalyptic tale of a boy who realizes that his gods are mere men. This piece of information reshapes his entire worldview, and the burden of such knowledge within his own society. It ends with the sentiment of, “We must build again.” Despite the fact that it was likely building, advancing, that caused their previous society to crumble, John pushes forward. Dante Alighieri’s Divine Comedy follows one man’s journey through hell, purgatory, and finally heaven in an exploration of Christian theology and realization of god’s love and forgiveness. It has been described as a soul’s journey towards the divine, or god.

Ozen compares the Abyss to a god. Humans of Orth — and presumably other societies within their world — might not believe in god, but they certainly believe in the mysteries of the Abyss. This is why Reg isn’t listed as a relic. His very mechanics would shake that faith and belief in the Abyss. Accompanying cave raiders is the creeping threat of the curse of the Abyss, that only affects them on the ascent. As Ozen says, their entire value structure and society could crumble if it were well-known that a being like Reg exists: one who can easily ascend at will, defying the laws of the Abyss, one that exists outside of god, so to speak. It’s no wonder that Made in Abyss‘ final episode deals not only in a continuation of Riko’s journey and her awakening — or return — but also the death of Mitty. Through Bondrewd’s experiments, Mitty has been given immortality that she never wanted. Like Riko, Mitty’s only god was the Abyss. It’s fitting that Mitty is the one who guides Riko back to life and her purpose after Riko loses all sense of self.

In regaining her purpose and restarting her journey, Riko also sends a message to the surface. This too is an ascent. Since she is physically unable to ascend Riko releases an information balloon skyward, in the hope that it will reach her friends on the surface. Scenes of the balloon traveling upward, meeting Marulk and Ozen at the Seeker Camp, passing by numerous creatures or places that Riko saw and visited, give her return more depth than physically ascending to the surface (defying the logic of the Abyss) ever could. These are interspersed with scenes of Riko, Reg, and Nanachi’s preparations to descend further. As they prepare, the balloon passes through another layer before it reaches Nat in the very place that Riko discovered Reg. And petals of eternal fortune flowers scatter across Orth following the arrival of Riko’s balloon, just like they did on Lyza’s resurrection day, heralding the return of Riko.